Battle for Dream Island Wiki
Register
Don't have an account?
Sign In
Advertisement
in: Items, Battle for BFDI, Prizes,
and 4 more

The BFDI is one of the two grand prizes of Battle for BFB. It represents the show itself, and ownership of it allows ownership of the show as a whole. It was originally created by Four, and is currently owned by the Announcer. The prize was upgraded to a BFB in "The Escape from Four", but was added back into the season in the next episode, "X Marks the Spot". The BFDI contains archives of all the episodes from the first two seasons, and is supposedly the only full archive of the first two seasons left.

It is a deep-fried image of the BFDIA intro with one-third of the Bandicam watermark (only saying www.Bam) above it, as well as a non-deep-fried segment of the BFDI intro (from the video "BFDI: The Complete First Season" by walshmjoey's) with the underlined word "Official" on it.

Four presenting a BFDI with his malicious smirk. 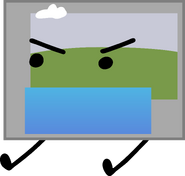 A BFDI as a recommended character. 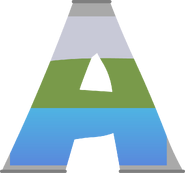 A BFDIA as a recommended character.

"But people, don't forget: you are battling for this world famous A BFDI!"

"What if I add back the original BFDI as a prize?"

Announcer digs up the BFDI and the BFB

A lot of people battling for the BFDI.

A BFDI is now born! 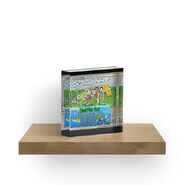 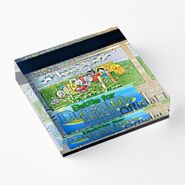 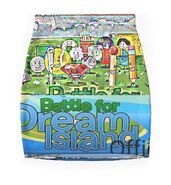 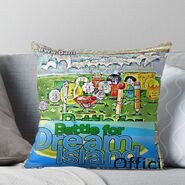