Anchor is a recommended character that was eligible for the debut for The Power of Two. In "You Know Those Buttons Don't Do Anything, Right?", Anchor didn't debut, having received 2,265 votes.

Anchor is very helpful as they spare Two the trouble of eliminating them by making their own exit. They also don’t complain about being eliminated. Anchor is also tough, as they have no issue smashing through the floor, and it appears that they never took any damage from it.

Anchor is a black anchor and they are very heavy. Their face is drawn with white on the shank. Their arms are located at their flukes, with legs adjacent to the pointy crown.

In "The Four is Lava", Anchor sinks into the lava alongside numerous recommended characters.

In "The Escape from Four", Anchor was selected as one of the 26 recommended characters that could join Two's new season, The Power of Two. In their audition, Anchor is first seen walking when they suddenly lose their footing, causing them to fall through the floor of the room they were in.

In "You Know Those Buttons Don't Do Anything, Right?", Anchor can be seen holding Camera and standing with the rest of the eligible debuters on the ground. Due to Two being high up, nobody could hear them, even after asking Nickel to bring everybody up. Two then uses their telekinesis to bring up both the contestants and the debuters. Afterwards, Cake at Stake starts.

Anchor reaches the final eight but only gets 2,265 votes. Just as Two is about to clap them through the floor, Anchor stops them and voluntarily eliminates themself by crashing through the roof. 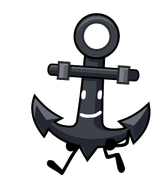 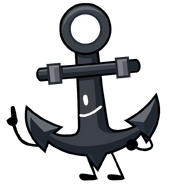 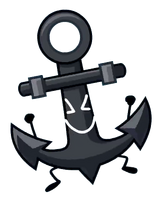 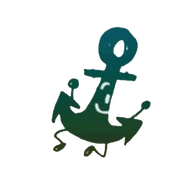 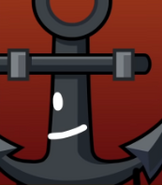 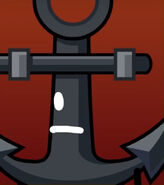