Battle for Dream Island Wiki
Register
Don't have an account?
Sign In
Advertisement
in: Cancelled, Non-canon, Stubs,
and 5 more

Battle Among Gelatins Using Expertise To Take Everything, abbreviated to B.A.G.U.E.T.T.E., was the first official BFDI and BFDIA camp. The camp was announced on September 1st, 2012, when it was announced that BFDIA was going to be monthly again. The sign-ups were on carykh, an alternative account of jacknjellify at the time. There were a group of different kinds of gelatin to choose from, including Lime (the original Gelatin), Bubblegum, Grape, and Poo. This camp was confirmed to be cancelled on December 12th, 2015, the same time as its successor, Ten Words of Wisdom was released.

The sign-ups went by fast and got a lot of people upset about not making it in, but the most disappointment was in the fact that there was there was no Yoyle Gelatin. The following people got into B.A.G.U.E.T.T.E.:

In the first B.A.G.U.E.T.T.E., the contest was to see who knew the most about the beginning of BFDI. The contestants had to privately message Carykh, who they thought were the first 5 and last 5 contestants created for BFDI. The answers were: 1. Firey 2. Woody 3. Teardrop 4. Spongy 5. Match and 17. Needle 18. Pen 19. Leafy 20. Pin and the recommended character 21. David. The immunity was determined on points. The gelatins with the lowest scores were Lychee, Strawberry, and Lemon.

At the beginning of B.A.G.U.E.T.T.E. 2A it was shown that because of people not liking the fruit and or not knowing what a Lychee was. Lychee (MadameMonster) was the first gelatin eliminated from B.A.G.U.E.T.T.E. and crushed by Flower's Announcer Crusher. Then the challenge was released and was a staring contest. The contestants again had to private message carykh, but this time private message him five rounds of staring.

If any two gelatins stared at each other, they blow up and lose the challenge. Also, any gelatin that stares at a gelatin that lost the challenge will explode. After 4 rounds and an amazing high tension stare off against Poo (DylanMultiProduction) and Strawberry (FlyingWithYourLove), all gelatins ended up exploding, making Round 5 not occur. So being that Peach (redturlte632) won the previous challenge, he won immunity even though he was one of the first gelatins to blow up. So that left Acai, Banana (who didn't do the challenge), and Cherry up for elimination.

Tangerine (DaKillahBunnyz), at the end of the challenge, got the lowest score in Round 4, because he stared at Banana, who didn't do the challenge.

At the beginning, multiple names in text were shown, and then some confessionals that were left out of previous B.A.G.U.E.T.T.E.s. Poo (DylanMultiProduction) excitedly states he thinks that the prize for winning B.A.G.U.E.T.T.E. should be to get to decide a debuting contestant for BFDIA and Cary replies by video and says that because a lot of other people would agree with Poo, he agreed to make that the prize. Acai was eliminated for people once again not knowing what the flavor even is. The challenge then was more BFDI trivia, 25 questions were given. The first 10 were quotes from previous BFDI episodes, and the other 15 were misc. questions about the quiz and BFDI in general. There was an Extra Credit question as well, stating contestants will get bonus points for making a BFDI video using realistic objects (No paper cutouts, the real things). Extra points were also awarded for including screaming. At the end, Cary put up some other random stuff that don't really have anything to do with B.A.G.U.E.T.T.E.

In the beginning, Blueberry (tBlizzi) talks about an alliance with Lime (jedimaster2041) and Blackberry (OfficialMatrVincent). Poo (DylanMultiProduction) says he easily solved the quiz since he is the #1 fan on BFDI/A. Lime (jedimaster2041) feels like he did awfully. And Peach says s/he thought the questions were hard, and s/he had to guess most of them.

Then Cary moves on to the first segment: "Who said The following lines?"

The answers of the next segment were:

The episode starts with the elimination. Bubblegum (MrSimastic) is eliminated with the most votes.

Cary then tells the next challenge, a comic strip challenge. Each gelatin will make a comic and they will be judged anonymously by the viewers.

The viewers can vote if they think their comic strip is not good.

Banana (Tdafanclub) decided to quit and was up for re-signups. Also Cherry (misspinklegend) did not make a comic, along with Strawberry (flyingwithyourlove) who did not do 3 as well, putting Strawberry up for re-signups. Lime (jedimaster2041) made a comic but Cary Huang could not open the file and was given immunity as a consolation. Poo (dylanmultiproduct) made a comic but did not submit it due to computer problems. However, his advantage from B.A.G.U.E.T.T.E. 3B had taken him out of danger in 4C. All of the other gelatins were good.

Green Apple confessed that he made the worst comic and he was up for elimination with Cherry, Peach, and Blackberry. Tokens were introduced.

Poo confessed that he would use his Yoyle Token when he is real scared of elimination. Blueberry gives Blackberry his Immunity Token. Cherry (MissPinkLegend) was eliminated. Carlcloverfan became Banana, and THATcommentor became Strawberry. They both got tokens, with Banana getting a Swap Token and Strawberry getting a Win Token. The contest was emoticons, but was changed to a BFDI story.

Yoshiman4321 decides to leave the camp, leaving only Raspberry with only one user, Waluigifreak789. Banana gets a First token, Black berry got a Revenge Token, and Peach got a Multi Token and an Acquire Token. Blueberry, Watermelon, and Tangerine are up for elimination, with Grape, Cement, Lemon, and Rapsberry.

Green Apple reveals that Raspberry (waliugifreak789) was being selfish and bribing to try and not get eliminated.

Blueberry uses his Win Token, and Tangerine uses his Yoyle Token which was not very effective. Cement, ( ThirstySkunk910) was eliminated.

The contest was to make a real life David or Dora. A warning was given out to Grape, Lemon, and Raspberry saying that if they dont do the challenge, they will be replaced.

The final episode of B.A.G.U.E.T.T.E. Grape and Lemon were disqualified. Banana gives Peach his First Token.

Gelatins are allowed to transfer tokens with each other, and unless they use a PT or MT, they can only use one token at elimination. 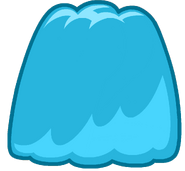 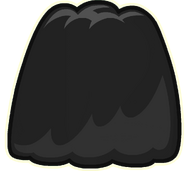 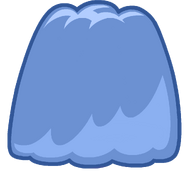 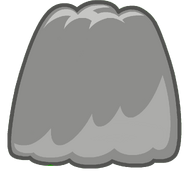 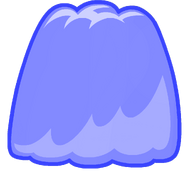 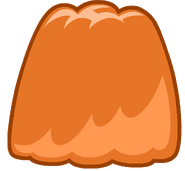 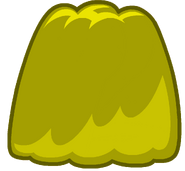 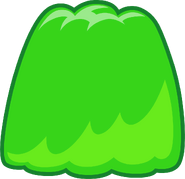