Battle for Dream Island Wiki
Register
Don't have an account?
Sign In
Advertisement
in: Non-canon, Articles in need of images, BFDI Mini,
and 2 more

BFDI Mini is a spin-off series to Battle for Dream Island. It is on jacknjellify's TikTok. Currently, there are four seasons: BFDI Mini, BFDI Mini Again, BFDI Mini Deluxe, and BFDI Mini, Seriously!.

Contestants had to compete in this show to win the prize: BFDI Mini. The show was hosted by Four and Snowball. The first season, BFDI Mini ran from September 10th, 2020 until its final episode. 8 contestants had to compete to win BFDI Mini (the prize), which is a mini version of the Dream Island prize. After two contestants failed a challenge in the episode, voters (from TikTok) voted for one to eliminate. The eliminated contestant is revealed at the start of the next episode. Voters cannot choose who wins the prize, only who the final two are, as the final two compete for the prize in the final episode.

The next season, BFDI Mini Again, aired on September 27th, 2020 and was similar to the previous season but with new challenges and new contestants (plus two returners).

The third season, BFDI Mini Deluxe, aired on December 10th, 2020 and was similar to the previous season but with new challenges and new contestants (plus one returner) and a rejoin challenge halfway through.

The fourth season, BFDI Mini, Seriously!, aired on March 27th, 2021 and was similar to the previous season but with new challenges and new contestants (plus one returner). and a rejoin challenge halfway through. All the contestants are Davids. 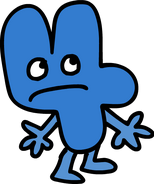 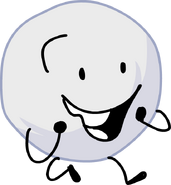