Beep (or -... . . .--.), stylized as BEEP, is one of the eleven teams in Battle for BFB. The team was accidentally named by Roboty after being told to tell Four their team name.

The team's banner consists of green text that reads "BEEP" against a dark green rectangle, with notches at the top to represent the name in Morse code, and their tag for "Today's Very Special Episode" is dark green with light green letters saying "Beep" in a square formation.

When Leafy pinpointed the characters who she thought needed the most help, she formed Beep. Of course, like any team made up of second- and third-string players, Beep is the worst performing team in BFB.

Part of the reason Beep is so bad is because David and Roboty are uncooperative, Woody and Nickel have no willpower whatsoever, Rocky is unresponsive, and the rest can't physically hack the demands of the competition. The team lacks speed and motivation.

At first, Beep had more of a dictatorial style of leadership, with Leafy assigning jobs to her team members and keeping track of their loyalty using a chart. After her elimination, the team took a more anarchistic approach, with team members individually putting forth their own strategies without necessarily notifying their own teammates. Examples of this include Woody, Rocky and Balloony making a cake without Nickel's knowledge or David's consent, and Nickel testing Woody's reaction to a fork despite Balloony's disapproval.

In "Getting Teardrop to Talk", the team started with Leafy considering helping everyone who needs help, such as Roboty, Cloudy, Woody, Nickel, Rocky, and Balloony. David only joined after being one of the last two remaining, with Pen. When deciding a team name, Woody was afraid because the other teams were working so fast. Balloony agreed but was interrupted by Leafy, who said that Woody meant something else. Woody then whispers a team name to Leafy, then Cloudy and Balloony whisper suggestions to add to the name. They all agree it's "the perfect name", so Balloony tells Roboty to relay the name to Four. Roboty only gets to say "IT'S..." before Four assumes Roboty meant "Beep", thus making the team name "Beep".

During the challenge, Cloudy was getting a basket with his mouth. When Balloony was tired of waiting, he jumped to the basket via Roboty's antenna and deflated himself, returning to Woody (who was afraid of it) and giving the basket to X, making their team safe at 2nd place.

In "Lick Your Way to Freedom", Leafy interrupts Cloudy while he's collecting a jawbreaker. Leafy says that she hasn’t told him his job yet. Cloudy says that he was just collecting, but Leafy says that his job is to bring jawbreakers to the team. Balloony commands David to start licking the jawbreakers, but he refuses. Later on, X points out that Beep is missing Roboty. Leafy says that he’s doing something, but X says that Four won't like it. Woody then calls out for Roboty, who's in the forest. He hears him and starts making his way back, but trips and nearly falls over. Balloony then makes Rocky vomit on the jawbreaker, melting it and revealing nothing to be inside. David said the same thing which is "Aw, Seriously?" Then Balloony starts to pet Rocky. Woody licks it, and Leafy pulls his tongue to make him stop screaming. After a while, Cloudy accidentally crushes Roboty by dropping a jawbreaker on him. Woody starts screaming and Leafy gabs his tongue. Leafy thanks Nickel for doing that, but he says it wasn’t him. Leafy says that if his tongue is wide enough every time, that would be great. Woody pulls back his tongue and Nickel tries to make him do the thing again. After trying, he just says "One can only dream." In the end, Four says that the voters are the ones up for elimination, and Nickel tells Woody to dab, which he did. Four then reveals it was a joke, and that Beep is up for elimination. At night, David was told to stop licking by Nickel.

In "Why Would You Do This on a Swingset", Leafy was eliminated from the team. During the challenge, Nickel and Balloony liked Fries' idea to use Puffball to move the swing. Roboty suggests that they also use flight to win. Cloudy ends up doing the same as Puffball and the team is safe at 2nd place again.

In "Today's Very Special Episode", Woody was first seen saving Four from a fork and putting it on his plate. The team made a "Cake-Over" consisting of cake batter that was made of Rocky's barf and looked like a strawberry. The icing was placed by Woody, but David was disgusted. Nickel decided it was, indeed, gross, and added sprinkles. Their team got 4th place.

In "Fortunate Ben", David is seen piloting the paper airplane with a part of his head outlines. However, while he is piloting, he falls asleep, which causes the team to start to fall. They are unable to steer the plane to avoid the cliff until Woody comes up with the idea of dabbing to change the airflow. The rest of the team, except Cloudy and Roboty, try to dab as well, but it isn't enough. David then wakes up to try to direct the plane away from the cliff, but due to an unintended sabotage by Free Food, the team hits the ground first and they are put up for elimination again.

In "Four Goes Too Far", they had a minor part. They avoided the twinkle and placed second in the challenge.

In "The Liar Ball You Don't Want", Balloony and Woody got the ball before Stapy popped Balloony and Bell dented Woody. They came third.

In "Questions Answered", they had Cloudy answer their questions. Cloudy answered: "Gluck Gluck Hork Pork" to Donut's question of "Queeky beeky, floop floop?" They were safe and ranked second in the challenge.

In "This Episode Is About Basketball", Cloudy is shown shouting at Coiny for breaking his window. Later, Woody tries to throw the ball but fails as Cloudy encourages David to throw, with him responding "Aw seriously". Later, they are in the bottom 2, Cloudy encourages Woody and Woody, determined from Cloudy's words, throws one ball into the basket as they cheer. However, as they needed multiple balls, they lose and they are up for elimination for the third time.

In "Get to the Top in 500 Steps", the team backs away from Leafy after she rejoins, but Four informs her that she is no longer on their team anyway, and places her on The Losers! instead. The team elects Balloony off-screen to mount the stairs for the challenge. Do to his loftiness, Balloony is able to avoid getting knocked off by Dora, and he completes the challenge for his team.

In "What Do You Think of Roleplay?", Rocky is shown to be Free Food's impostor, and vomits on Yellow Face. This causes "Puffball" to morph back into Rocky. In Beep's room, Nickel threatens Woody with a fork to make sure he was the real Woody. Balloony yells at Nickel not to stab Woody, to which Nickel tells him he wasn't going to in the first place. However, Balloony attempts to wrestle the fork away from Nickel, accidentally flinging it in the air and popping himself. In response to this, "Rocky" exclaims that it was loud, but due to the real Rocky never talking at all, Beep points out the impostor, who was really Basketball.

In "Return of the Rocket Ship", Cloudy asks Four to bring Balloony back. Later on, they follow iance and Team Ice Cube through a hole that iance dug. Then iance blows Beep to another hole and they seem at first to be trapped because Balloony didn't bring the shovels, but then Woody says to use Rocky's vomit, which Balloony used, and they continue with the challenge.

In "Don't Dig Straight Down", the team continues falling but Rocky's vomit stops eroding. In order to prevent touching the acid, the team members grab onto Cloudy. The team when starts flying out of the tunnel when they see lava. As they are trapped between lava and acid, they catch Naily, and Nickel is eaten by Rocky so that he could barf more acid. They land on top of Golf Ball's Underground Factory as a result. Balloony is not able to dig with his bare hands, so he uses Naily to break through. Balloony, Cloudy, and Rocky are all killed by the lava before breaking into the Underground Factory. Woody, the only alive Beep member, successfully breaks through with Naily. As they run, Naily apologizes to Woody for stabbing him in her audition and he gladly accepts the apology. The two run into Coiny and Cake on their way, who explain to them that lava is chasing them above, and Naily says that lava is chasing her and Woody from below. Thus, the four are trapped in the factory, until Woody spots a garbage chute. Woody helps Cake and Naily throw Coiny at it. The latter unscrews it but falls into the lava in the process. The remaining three lament his loss, but Cake and Naily realize that they will not fit into the garbage chute, but Woody will. They reassure him that he will be safe, bid him a sad goodbye, and throw him at the chute. He looks back sadly as they burn to death, and then slides through the chute. He falls through the Waterfall, a parody of "BFDI APPISIOTE 225555555!!!!!", lands in Four's eye, and finds the last emerald. This makes his team safe from elimination.

In "The Four is Lava", Woody wins for his team when he's forced out of Four's eye by lava. 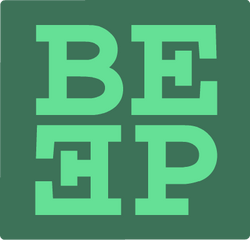