, also unofficially referred to as Bleh, BookDoraGatyIceCubeLollipopSawTacoTeardrop, 8Names, Teardrop's Team,[1] GABOP or SABOP (from looking from afar at the name), TTLDEIGOBSACALORAELOADCCIRRTPUOWOOOBAPYPKE (in the teamflairs section in the BFB .flas), or *8 names said at once* (in the captions), is one of the eleven teams in Battle for BFDI. The long form of its name is a combination of the names of the eight original members. Cary Huang used the word "Bleh", but it is not used within the universe.

is the second team in the series to have all-female contestants; the first was FreeSmart in BFDIA.

The team was formed after Book declared Pencil's Alliance as "unhealthy" for her and Ice Cube, who then suggested joining Gaty's team. Book then wanted Dora to join the team so she could learn more about how she was able to communicate with Four so well. Book then said to Teardrop that "it might seem like the whole world is against you, but I'm on your side", convincing her to join. Lastly, Gaty asked Saw to join. Saw agreed, and also brought along her friends Lollipop and Taco. Bracelety wanted to join the team originally because Ice Cube was in it, but she was too late, as

The team was named when Four asked them, "Who are you?". The team members all replied with their own name at the same time. (This name is impossible to say normally without the use of audio editing.)

When asked what their name was, these eight team members misunderstood and all shouted their own name. As such, their team name became

, or all of their names said at once, which is quite a mess.

The team's winning streak is very impressive, but they often rely on luck. As time goes on, however, the team members argue more and more, driving the entire team into an inevitable downfall.

In "Getting Teardrop to Talk", the team was formed by Book, who teamed up with Ice Cube to avoid being on Pencil's team as the leader was planning to recreate the original FreeSmart, because she considered Pencil's Alliance "unhealthy" for them. They were eventually joined by Saw, Gaty, Taco, Teardrop, Dora, and Lollipop.

The team had a long winning streak at the start of BFB, not losing a single challenge for the first 13 episodes of the show, where every other team had lost at least one member before they finally lost a challenge in "Don't Dig Straight Down". Despite their overall performance,

has had infighting within their own team, mainly concerning Taco's supposed betrayal and later Book's persisting grudge towards her even after her other teammates have known about the truth since then.

In the first challenge,

try to retrieve X's basket in order to win. As they chase it throughout hot areas such as the desert, the World's Largest Oven, and molten lava, half of the team is killed by the extreme heat. The remaining four (Gaty, Taco, Saw, and Dora) manage to catch X's basket in the lava, but Taco and Gaty end up burning offscreen, while Saw and Dora survive to finish the challenge and avoid elimination (save for Saw's handle being burned off).

In "Lick Your Way To Freedom", the members of

that died are brought back to life, albeit trapped in jawbreakers. Dora breaks Book out of her jawbreaker first, earning the team first place. Lollipop is broken out by Stapy, but is gradually licked and crushed to death. After the other teams have completed the challenge, Taco is left trapped in her jawbreaker overnight.

In "Why Would You Do This on a Swingset", the rest of

question Taco's absence. Book and Ice Cube believe that Taco had abandoned them due to her absence, but she is unable to tell them about the misunderstanding due to the jawbreaker being soundproof on the inside. Eventually, Book manages to singlehandedly push her team's swing and claim victory once again. Taco breaks free after the challenge, but her teammates are unhappy to see her, believing that she left them on purpose.

In "Today's Very Special Episode", Teardrop wins the challenge for the team by drawing a "4" to impress Four. Book tells Taco that she's dead in her eyes, while Lollipop agrees condescendingly. Taco frustratedly asks them if what she did was really that bad.

latches onto A Better Name Than That's rocket to follow them up to the moon. Saw ends up contracting the Twinkle of Contagion after looking at Earth, and it soon spreads between all of the team members. Taco enacts her plan to save

by jumping off the rocket, causing her teammates to sigh in disappointment. The remaining members of

have a faceoff with A Better Name Than That, arguing if the Twinkle will leave the moon or not. Back on Earth, Taco tricks Bell into looking at the teams on the moon to pass on the Twinkle, resulting in Bell catching it next.

and A Better Name Than That celebrate that the Twinkle is gone, but are frustrated when ABNTT's rocket breaks, leaving both teams trapped on the moon.

is hardly shown in "Enter the Exit", aside from Teardrop drawing "4" again to bring Four back. In the episode's stinger, Taco apologizes to Bell for using her to win in "Four Goes Too Far", but Bell snaps at her and tells her she doesn't trust her, while Taco laments how she's been through a similar experience with her own team. As Bell storms off, Lollipop solemnly watches in the distance.

In "Get to the Top in 500 Steps", Dora is chosen to represent the team. When the other representatives start to climb the stairs, Dora just stands still, much to her teammates' confusion. Later on, she goes into a running stance and stays like this for a while. As Foldy tries to sabotage Flower's attempts to press the button and win for iance, Dora runs up the stairs extremely quickly and presses the button, achieving second place.

In "What Do You Think of Roleplay?", Four announces that the challenge will be to reveal which one of their teammates is an impostor. Gaty suggests a process of elimination to guess suspects one by one, but Four prevents the strategy, much to her disappointment. When the challenge starts, Taco's mind is transferred to Tree in Death P.A.C.T., in turn being impersonated by Pin. Taco frees Tree's body from Bottle by smashing and killing her, conflicting with the team's goal of pacifism and "Tree" is exposed first. Meanwhile, Pin tries to fool

by laying low until Gaty asks "Taco" for a strategy. Book protests against trusting Taco, but Lollipop snidely retorts, making Book accuse her of being "out of character" for supporting Taco.

decides to focus on getting "Taco" to come up with a strategy, but she speaks in Pin's speech pattern and tells them to accuse Teardrop of being "awfully quiet". Teardrop angrily points at the impostor, revealing Pin and rendering

In "Return of the Rocket Ship", Taco doesn't want to talk to her teammates due to them constantly accusing her over her "abandonment". She talks to Barf Bag to give her advice, but the latter tries to tell her to make up with her team and Lollipop, but the latter refuses to listen to her due to her contempt toward Book. Meanwhile, Book has become more and more paranoid, blaming Saw for abandoning the team after she left, despite leaving for a "scent cleanse" to remove the fumes she absorbed from 8-Ball. Book compares

to the original FreeSmart for "mistreating" them and tries to rally Ice Cube into making some changes to the team, but she stands up to her former friend and tells her she doesn't need her anymore. She then chooses to leave

and find a new team, ironically abandoning the team for real as Book feared. Later on in the episode, Gaty lectures Book about her issues, but the latter tries to defend herself as being "abandoned" by her teammates, especially Taco. Gaty shows Book how irrational she's become (including provoking her by repeating Taco's name) and tells her to look up her own definition due to her being a dictionary. Book's once-positive definition begins to become more and more negative, ultimately spelling out "MEAN", and she begins to realize that she's at fault.

In "Don't Dig Straight Down", the team has still not participated in the challenge due to being slowed down by Book's earlier outbursts. Meanwhile, a shrunken Ice Cube chooses to follow iance through their tunnel. When the lava rises to the surface, Lollipop uses her Fork Repellent to shield Gaty, Saw, Teardrop, and Dora from the incoming lava. Book reluctantly walks up to Taco to apologize, but encounters Pin, who reassures her and gives her advice on how to change for the better and give her friends what they want, not just what she wants. Book understands that her allies needed freedom, but as soon as their conversation ends, she sees Ice Cube and Taco frozen in shock as a lava wave is about to hit them. Book sacrifices her own life to save the two, with Taco being confused why Book saved her. Later, Lollipop remarks that she's run out of Fork Repellent, causing herself and her nearby teammates to hide under the lava in the tunnel. This episode marks

's first loss, making them the last team to face their first elimination.

In "The Four is Lava", Taco is shown venting to Ice Cube about her being confused as to why Book saved her in the episode prior. It is later revealed that Lollipop, Dora, Gaty, Teardrop, and Saw survived the lava by hiding underground and using Lollipop's fork repellent to repel the lava. Saw expresses her worries about her team not being able to make it to the Cake at Stake, but Gaty disagrees with her, arguing that if they never left the hole, none of them would be eliminated. Lollipop tries to convince Saw to swim through the lava to tell Four, and while she's hesitant at first due to her not wanting to lose her new handle, Dora shields it from the lava with her mouth and, once they get to Four, they successfully get them to get the rest of their team to the Cake at Stake area. Taco also gets Four to recover Book, which the rest of the team is surprised at. Dora is eliminated with 11,109 votes. During the challenge, they are declared the first team safe, due to them already being near Four. 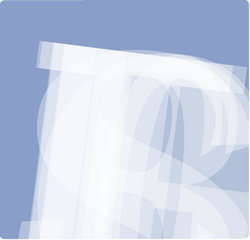