The first four pranks demonstrated in this set of ads revolve around rigging recovery centers to recover and immediately cause the death of a character. This then creates an infinite loop of recovery and a death of said character. The fifth prank involved giving the enemy team a cardboard spaceship that would burn up if it's close to the sun. The prank was unsuccessful, and caused the Have Cots to have an advantage in the following episode. The sixth and seventh pranks involved committing perjury to waste everyone's time, causing Blocky's Funny Doings International to be on hiatus for 2,763 years.

In "The Game Has Changed", Blocky transferred the company ownership to Woody due to his elimination (alongside legal problems), which rebranded into "Woody's Funny Doings International".

Pranks that he has pulled include:

This is Blocky's first prank that made an appearance in "Barriers and Pitfalls". The main part of the prank is popping Bubble infinitely. It comes right after a bubble gum commercial that cuts right after the bowling ball shatters Ice Cube.

The second prank of the Blocky's Funny Doings International by Blocky was shown in "Cycle of Life", ending in "Insectophobe's Nightmare". It involves Ice Cube falling off a cliff indefinitely. The aftermath of the prank appeared in "Insectophobe's Nightmare" when Pencil heard the sound of Ice Cube breaking into pieces while reading her book. She dragged Match over to investigate it with her. After arriving at the scene, they witnessed Ice Cube falling and breaking before being pushed off the cliff by the force of Ice Cube being shot out of the ICRC, presumably killing all of them.

This prank appeared in "The Reveal" and was the first advertisement to be recommended by someone; that being Simondomino and Geriolah7. This prank in particular appears in BFB 19 as part of a flashback sequence.

The last prank of Blocky in Season 1, before the No More Advertisements Foundation and Non-Slip Shoes So Ha! It was shown in "Insectophobe's Nightmare 2" as one of the three commercials shown above while the votes are counting.

Have Cots (Intended), Have Nots (Unintended)

The prank was shown during the last part of "How Loe Can You Grow?", as part of the challenge in that episode. It was intended for the Have Cots in an attempt to have their spaceship burn up due to being near the Sun, but the prank was unsuccessful and the Have Nots' spaceship burnt up instead.

This prank was done in "Who Stole Donut's Diary?", where he wasted Four's time by presenting a fabricated story featuring Ruby.

This prank was done during "Who Stole Donut's Diary?", where he dressed up as a grape and tried to waste more of Four's time. After the prank, it is revealed that the company was either shut down or that all related parties were given a 2,763-year sentence.

As of "The Game Has Changed", Blocky, before he was eliminated, passed the prankster title on to Woody, after realizing his time on the show was done. This rebranded Blocky's Funny Doings as Woody's Funny Doings International. However, Woody was eliminated in "The Hidden Contestant", so the company's fate is in the air.

There are currently three pranks. The first prank is Woody buying all of Flower's products and pushing it off the cliff. Flower thought Woody would return it which he did later in the episode. The second prank was Woody making a party for Purple Face instead of Four which was the challenge. Woody also brought back Flower's clothing line so Purple Face could have them for when he rips his sweater. The third prank was disassembling the Ferris Wheel Firey made for Leafy.

The logo on fire

"Hi weirdos, here's another prank, but this one involves Ice Cube instead of Bubble." 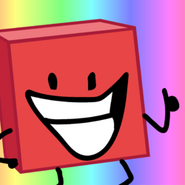 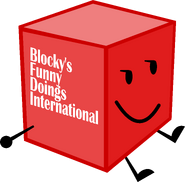 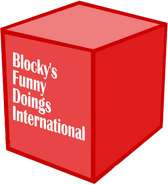 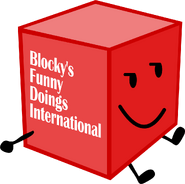 The logo in prison 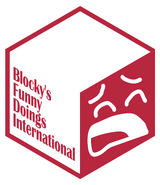 The logo screaming without being on fire.