Battle for Dream Island Wiki
Register
Don't have an account?
Sign In
Advertisement
in: Creatures, Items, Species,
and 4 more

This article lists all of the creatures that appear within the Goiky Canal throughout all seasons of Battle for Dream Island.

These creatures were seen when Ice Cube, Coiny and Leafy were in the Squashy Grapes's boat flying across the Goiky Canal.

These creatures were later seen again in "Barriers and Pitfalls", when Flower was flying through the air after being blasted away when her Announcer Crusher blew up at Cake at stake.

The cannon appears to be a pillar with a circle and a small rectangle that shoots strange fat lines in the air.

Weird Cannon as it appears in the storyboard

These creatures look very similar to the Fish Monster, except its head is more round and it doesn't have teeth. it shoots its tongue in the air at random times.

It is unknown if it is actually a sea creature or if it can be on land and water, but as of now it was only seen in the Goiky Canal.

Strange Sea Creature as it appears in the storyboard

These creatures have small heads and have teeth. They look similar to a Venus flytrap.

Strange Chomping Plant as it appears in the storyboard

These worm-like creatures can spit colored balls out of their mouths.

Strange Worm as it appears in the storyboard

These faces were floating in the water. When they first came on the screen, they looked sick and had a green tint for a few seconds, then they looked normal and had a yellow color. It is possible that it is Yellow Face, or at least clones of him since there are multiple faces. However, it has not been confirmed to be Yellow Face. 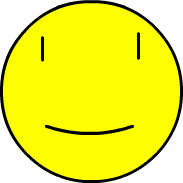 Fish Monsters are seen lunging at the boat and attempting to eat it as it flies by.

The purple fish monster is a variation of the Fish Monster. It is purple with orange teeth and does not open its mouth.

It appears to be a cyan box that keeps moving up and down.

It is unknown if it is alive or not.

It is unknown if it's alive or not.

Both orange and green fish are seen jumping out of the water.

All the creatures from "Take the Plunge: Part 2" appeared when Flower was flying through the air.

When Leafy and Ice Cube were trying to get away from Bubble, they accidentally drove their unicycles off a tower. Here are the things that made up the tower (from top to bottom):