Not to be confused with the newer Death P.A.C.T. Again.

Death P.A.C.T. (an acronym for "Death Prevention and Creating Trust", stylized as DEATH P.A.C.T.) is one of the eleven teams in Battle for BFB. Bottle named the team after she said they were all about preventing death and creating trust.

Death P.A.C.T. means "Death Prevention And Creating Trust." The team's members have peace-loving views and would like nothing more than to prevent deaths and foster harmony among everyone. They'll do anything to make sure that no one dies, even if it means losing a competition.

Pie is considered the best at preventing death, yet she never takes a leadership role. Sometimes she doesn't even participate. Liy is goal-oriented and tries to keep track of how many deaths the team prevents.

As their philosophy suggests, Death P.A.C.T.'s strategies revolve around preventing as many fatalities as possible. Unfortunately, this can sometimes work against them, as shown in "Today's Very Special Episode". The team focused on preventing Forks from reaching Four instead of doing the challenge, which cost them Liy in the process. Nevertheless, the team is very zealous about their beliefs and can quickly point out an impostor in their team.

The team was formed when Pie told Snowball she didn't kill anyone yet. After being called a wimp by Snowball, she allowed Liy and Black Hole to learn how she didn't kill. Bottle, Tree, and Pillow also joined after being persuaded by Liy. Pen was the last to join due to being the last contestant available. They wanted to call their team something about "preventing death and creating trust" - which Bottle made into "Death Prevention And Creating Trust" or "Death P.A.C.T." for short.

In "Getting Teardrop to Talk", Pen wasn't sure what the contest was at first and asked Black Hole. After being reminded that they had to give a basket back to X, Pen blew it to X, even though it was extremely far away. Somehow, it worked, and they got 1st place.

In "Lick Your Way to Freedom", Tree asked Black Hole to use his pulling skills to remove the tops of the jawbreakers. They checked three jawbreakers until they found Foldy in the fourth, insulted by Liy to go back to Free Food with Stapy. The team got 5th.

In "Why Would You Do This on a Swingset", Tree asked Black Hole to use his pulling skills again, but this time, to pull the swing towards him in a circle. Their team got 3rd in that episode.

In "Today's Very Special Episode", the team was first seen when Pen asked Black Hole to help them but was interrupted by Tree, who said that true winners don't just ask him but do their research. Coincidentally, the book Tree used as reference said that "Problems? - Ask Black Hole". So Tree asked Black Hole if he could draw, but the idea was rejected even though Black Hole could make an accretion disk.

It cuts to Remote shortly after, with Liy attracting forks around her in a spiral. It attracts Gelatin's forks, which the other contestants block to ensure that Four doesn't get hit. Although they miss one, Woody from Beep grabs it so that Four can use it to eat his team's cake.

The team tries to ask Black Hole to remove the forks, but he doesn't hear them. Finally, Pillow says that she should block the forks, and the others should tell Black Hole. Nonetheless, Black Hole removed the forks, and Pen drew a "4" on a piece of paper. It gets into Bottle while he tries to tell but is blocked by Bell's string, causing the 4 to get trapped inside. Ultimately, Four did not like the drawing. The team came in last and was up for voting.

In "This Episode is About Basketball", Pen and Pillow complain that Tree hasn't made a single shot on the basket. He tells them he's trying; however, he is trapped inside Bottle still. Due to Tree moving inside her, Bottle laughingly says that it tickles and tells him to quit moving around.

Tree attempts to throw the ball while inside Bottle; however, he fails. The others look at it in disappointment. Pie tells the team that there's an easy solution they're all missing. Pen then realizes that she means to use Black Hole to win the challenge. He throws a bunch of balls at Black Hole, but they get sucked inside of him.

Due to their failed attempts, they are left in the final two teams, along with Beep. Pen tells the team that it's clear they can't rely on Tree to do anything, so they have to do it themselves. The team begins throwing balls at the basket simultaneously, weighing their basket down and securing their safety.

In "Enter the Exit", Blocky uses Pen, Needle, and Match to create a statue of Four, attempting to bring them back. However, it doesn't work. Pie snaps X's leg to bend him in the shape of a four, but that doesn't work either. Bottle yells "fore!" while hitting Golf Ball with a golf club, referring to golf. Pillow licks Lollipop, prompting Lollipop to ask her how that'll bring Four back. Pillow replies it won't, and she's just hungry.

Four later recovers Remote, and Robot Flower points out to her team that she was the one who sent them a bomb. Remote is surprised that Robot Flower was the ones who hacked her, and Pie gets upset with her for sending them a bomb due to it not preventing death. She tells her that if she didn't send the bomb, they would have lost, to which Black Hole points out that their team's objective isn't winning; it's preventing death.

In EXIT, Liy, who was previously eliminated, asks when Four is coming back. Pencil points out that sometimes Four disappears at random. Liy tells her it was a rhetorical question. Pencil then tells her that's not how to use rhetorical questions. Liy then tells Pencil that she's just bored since they've had to go over a worksheet 50 times. Pencil tells her that even if Four comes back, they'll keep doing math either way. Leafy then tells them it isn't that bad, and if they don't do it, then Four will screech them. Pencil states she doesn't care, but Liy tells her even if the screech isn't directed at her, it's still annoying.

When Bracelety finishes her worksheet, Pencil gets excited about free time. Still, Liy points out that free time is only for Bracelety since she is finished. When the other eliminated contestants enter the door, Liy says, "that's not Four". In her audition tape to rejoin, she tells the audience that she had made a mistake before. If they don't vote for her, her team name won't be very applicable anymore.

In "What Do You Think of Roleplay?", Pen is seen having a friendly conversation with Blocky and Eraser. When Blocky mentions that he's thinking of doing more pranks and Eraser offers to lend a hand, Pen mentions that he would do the same. Still, he doesn't want to betray the whole preventing death movement that his team accomplishes. Pen then praises Eraser for being tolerant about having Foldy on his team, shaped like a pentagon, but this is followed by Eraser screaming. After the intro, Bomby opens the door of the Lavatories with force, knocking Remote to the ground. Then, Bomby demands that Black Hole owes him a banana. At first, Black Hole tries to clarify that he doesn't owe him anything since he saved his life. Still, after Bomby exclaims that life is cheap in an aggressive manner, Black Hole obliges.

During the challenge, Taco is impersonating Tree. They ask to be unstuck from Bottle, but after Pie tells them to be slow and steady, they end up killing Bottle to break free. Pie points out that they didn't prevent death but caused it, followed by her calling them the impostor. As this ends up being true, Tree transforms into Taco, and the team wins the challenge. However, in Team Ice Cube's room, that team failed to identify the true impostor in time and lost. After the challenge is over, it is revealed that Tree was impersonating Spongy all along.

In "Return of the Rocket Ship", Pillow incorrectly assumes the challenge is to bring back X to Four, and as a result, she is eaten alive by Four. Tree tries to tell Four not to swallow but fails to do so before Four does. After the challenge is announced, Tree requests Four to recover Bottle.

During the challenge, the team travels to find X's emeralds lodged in the spikes of Evil Canyon, only to be stopped by Black Hole's disappointment. He says that the team is unaware of the possible deaths in Evil Canyon and the assumed death of Pillow. In response, the whole team except Black Hole waves their arms, showing that they do not care. Pie is the first one to realize this and stops, and the entire team follows. Next, they go to Four to recover Pillow, only to discover that she's not dead. Pen then intentionally insults Four to venture into Four's mouth to find Pillow.

In "Don't Dig Straight Down", members of Death P.A.C.T. are still inside of Four. After Golf Ball shows an emerald to Four, ten arms come out of Four's mouth. They pull A Better Name Than That's emerald into Four's mouth, prompting Pen to come out and thank the team for "giving" them an emerald. Since Death P.A.C.T. has an emerald, Four declares them safe.

In "The Four is Lava", Death P.A.C.T. is still inside Four, in a place named the Fourest. Pen, Bottle, and Remote are sticking their arms out of Four's mouth. Four moves his mouth, and they fall to the ground and chant "again". Black Hole flings them back to the Four's mouth, and they start doing it again. Tree says they could be out by now, but Black Hole says they are having fun.

Meanwhile, Pillow finds a path made out of Bracelety's signs and begins to follow it towards the EXIT. Finally, Four gets done with having arms in their mouth and gets Death P.A.C.T. out. Four then looks at them angrily, then declares them safe. 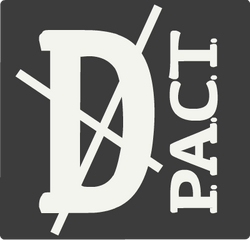