Following the announcement of the indefinite delay of IDFB 2 in BFDI's Best Hiatus Ever, Michael Huang stated that he would create a short animation to make up for the second delay of IDFB 2 for a December 1st, 2016 release. The short did not release on December 1st, and Michael Huang later stated on Twitter that short would be instead released in the first half of December, and provided a work-in-progress image of a sketch that resembles an angle of a train station. The short was never completed or released.

On May 28th, 2020, Michael Huang tweeted a sketch from 2016 featuring Flower at a windy, unsupported railway elevated above ground. On January 21st, 2021, Satomi Hinatsu confirmed that the drawings were related to the short.[1] 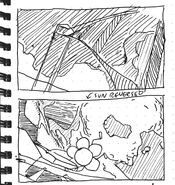 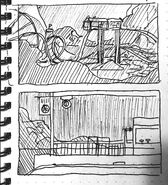