Battle for Dream Island Wiki
Register
Don't have an account?
Sign In
Advertisement
in: Characters with unknown genders, Characters, Recommended Characters,
and 5 more

Discy is a character who was up for debut in The Power of Two. They failed to join the show though, only receiving 1,574 votes, placing 13th.

Discy is shown to be impatient and eager. They are also shown to be quite irritable and rude, as can be seen by them interrupting Two when announcing that they are halfway through the debut, and them readily conflicting with Two.

Discy is a plastic compact disc with one eye on each side of their body.

In "Half a Loaf Is Better Than None", Discy walks into a vat of hydrochloric acid to retrieve the Announcer's marbles.

In "Vomitaco", they're in the crowd of recommended characters watching the Cake at Stake.

In "Reveal Novum", Disky is appears in another crowd of recommended characters.

In "Rescission", Discy is in the crowd that gets obliterated by Pencil.

In "Gardening Hero", Discy is in the second batch of recommended characters who gasp when the Announcer announces the last rejoin.

In "Get Digging", they're the 15th recommended character out of the 25 shown at the ending.

In "Lick Your Way to Freedom", they can be seen as Donut flies over the recommended characters.

In "The Escape from Four", Discy was one of the 26 recommended characters selected by Two as one of the eligible candidates to become a contestant in Battle for Dream Island: The Power of Two. Their audition is looking at the camera and revealing what they look like from the side.

When Two announces that there are only 13 possible debuters left, Discy says "Finally!" in an annoyed manner. Two figures that they must very eager, which they are, prompting Two to make them wait for the following result. Which turns out to be that they're out and they are sent falling through the floor. Discy can later be seen as Two and the contestants go down the elevator. 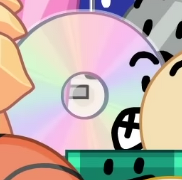 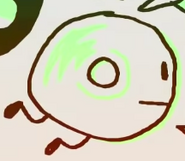 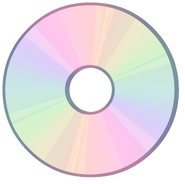 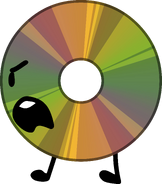 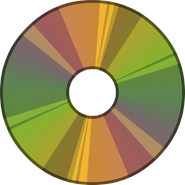 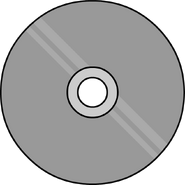 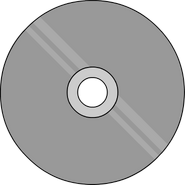 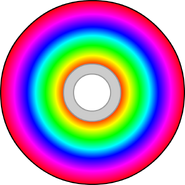 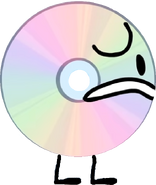 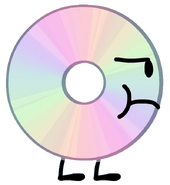 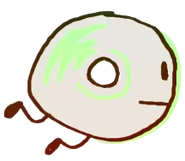