View source
watch 02:00
Who is Dora?
Do you like this video?
Play Sound

She competed in BFDIA, but was eliminated in "Insectophobe's Nightmare 3". She was one of the characters trapped in the Tiny Loser Chamber in IDFB. She got 273 votes to join.[1] She was on the team

in BFB, but got eliminated in "The Four is Lava" with 11,109 votes, making her the last contestant to join the EXIT. She also appears in Battle for Dream Island: The Power of Two.

She is a stick figure version of the eponymous character in the children's show Dora the Explorer. She also apparently speaks fluent Insulavoric, notorious for being one of the hardest languages to pick up.[2] Her speech pre-BFB is mind-blowingly fast and high-pitched. Her speech in BFB is repeatedly saying "DA".

Dora appears as a reskin of David, with brown, football-shaped hair with split bangs and lighter brown outlines. This hair is most likely a resemblance to Dora the Explorer.

Starting with "Return of the Rocket Ship", Dora has her hair tied in a ponytail, which becomes permanent for the rest of the series.

Dora's personality is somewhat unknown because her dialogue is her repeatedly saying "Dadadada". Despite this, she can be seen as a calm and collected individual, not causing conflict, and somewhat introverted. Four can understand her for some reason which is yet to be explained.

Dora frequently talks about islands in her long speeches, which is apparently her only form of substance, or the only type of food that she is willing to eat, at least according to the Official Character Guide. In her debut entry speech, she talks about being discriminated against because of her unusual diet and has mentioned that other people have refused to sell her islands because she consumes them. This indicates that she has a fear of starving to death; in real life, this would be called "ypositismosphobia", meaning: the fear of starvation.

However, Dora can also be scornful and even hateful, especially towards the viewers and David. In "Get Digging", she insults the viewers and the worth of their opinions, and in "Reveal Novum", she states that her death will haunt the viewers. An unused line of dialogue suggests that she would kill Lollipop just to see her "worthless attitude disappear".

In "Get to the Top in 500 Steps", Dora appears to be determined when she furrows her brow. She also appears to want to win for her team, as she runs up the 500-step staircase with incredible speed.

"The Four is Lava" shows that Dora has become more humble and sentimental compared to her first appearances in the series. When she is eliminated, she is not angry but instead claims to have valued

and the time she shared with them, and wishes to tell her teammates something important before Four absorbs her, and willingly enters EXIT without any complaints.

Overall, Dora is a mysterious person with strange intentions.

Dora eats islands. If she doesn't, she'll starve. Who knows why? All we know is that she refuses to eat anything else. Perhaps the nutritional value of these islands is what gives Dora the strength she needs to open jawbreakers with her head. Dora's language, Insulavoric, is one of the most difficult languages to pick up.

You Don't Say!: Dora loves to sing her island-eating song. It goes like this:

Dora makes her debut as a cameo in "Vomitaco". She was recommended by JACKIEMON1 in this episode.

In "The Reveal", Dora auditions to join the game, in "Perfect Spanish".

In "Reveal Novum", Dora looks noticeably queasy when the Announcer reveals the yellow tomato prize. Dora receives only 9 votes to join the game, so she is flung to the Locker of Losers. She also says her response in Perfect Spanish.

In "Return of the Hang Glider", she watches the final Cake at Stake from the bleachers with the other Recommended Characters.

In "Yeah, Who? I Wanna Know", Dora is one of 22 to make it onto Season 2, with 439 votes, placing 10th. Dora is originally on W.O.A.H. Bunch, but after everyone starts switching to Team No-Name, she follows. When she is asked for her favorite screen, she comes up with five of them: a fan shape, and the numbers 2, 3, 4 and 5.

In "Get Digging", she attends the W.O.A.H. Bunch's Cake at Stake as many clones of herself, laughing at the losers. She doesn't do much in the contest, as Fries tells her to dig underground to find ingredients for the Yoylestew. While digging, she explains lots of things: islands are her main source of food, David and she are not related to each other, and in fact, are enemies. Her team loses at the end.

In "Insectophobe's Nightmare 3", she is up for elimination. She is eliminated and is told by Puffball Speaker Box to go "explore" the TLC, a reference to Dora the Explorer.

In "Getting Teardrop to Talk", Dora appears trying to build islands when she sees that Stapy and Marker are digging, and sings. She ends up digging up some cyanide in the process which Flower picks up. She appears to be the only one that can speak to Four without getting screeched at. She joins

as a result of Book wanting to learn more about her and is shown running through a desert, an oven, and swimming in lava with Taco and Saw before they become the last team who is safe.

In "Lick Your Way to Freedom", Dora is first shown when Saw acknowledges how she's the only other one on her team who isn't dead. Dora then yells at Four demanding their dead teammates. In the contest, she knocks down a jawbreaker and breaks it open by headbutting it, freeing Book, and making her and her team safe from elimination.

In "Why Would You Do This on a Swingset", Dora gets on her team's swing and helps with swinging it 50 times.

In "Four Goes Too Far", Dora and the rest of

grab onto A Better Name Than That's rocket to escape the Twinkle of Contagion. However, while in space, Saw looks at the Earth and gets inflicted with it, and it passes around the whole team. The rocket eventually lands on the Moon, and Golf Ball steps out of it. However, Dora, who has the Twinkle, falls in front of her and transfers it to her. The two teams then look at each other, trying to pass the Twinkle to the other. Due to Taco dropping back down to Earth and getting Bell to look at the Moon, the Twinkle gets off the Moon. Unfortunately for the two teams, the rocket breaks down.

In "The Liar Ball You Don't Want", Dora can be very briefly seen right before A Better Name Than That turns on the signal. If Robot Flower upholds the connection of the rocket's communicator dish to Remote, who has planted a bomb in the connection, she, along with the other contestants on the Moon, will die, so she breaks the connection.

In "This Episode Is About Basketball", Dora is only seen at the beginning, where she says "Da" in sync with Clock's clock ticking, without him saying "Tick, tock, ringalingalingalingaling".

In "Enter the Exit", she can be seen arguing with Bomby after X catches David.

In "Get to the Top in 500 Steps", Dora is chosen by her team to run up the 500-step staircase. She stays completely still for a good part of the challenge, leading her team to get irritated at her, but suddenly crouches down, and stays in this position for a little longer. After a while, she begins to glow and suddenly blasts up the staircase, knocking every single contestant on it off and pressing the buzzer, securing

In "What Do You Think of Roleplay?, Dora doesn't do much, but can be seen backing away uneasily at Book losing it.

In "Return of the Rocket Ship, Dora can be seen giving herself a new hairstyle before Gaty takes Book aside to talk.

In "Don't Dig Straight Down", Dora, along with Gaty, Teardrop, Saw, and Lollipop, becomes trapped under lava after Lollipop saves them from being melted with her Fork Repellent (which also repels lava). The team ends up losing after not finding an emerald, and the Fork Repellent runs out, trapping the team underground.

In "The Four is Lava", Dora is trapped underground with the rest of

. She helps Saw by putting Saw's handle in her mouth when Saw says that she doesn't want to damage it. Dora is eliminated with 11,109 votes and says her last words:

"An island eater such as myself has always been fated to go hungry. As I starve, trapped in the depths of this number's wretched, squishy body, my final thought will be that of the time I've spent with you all. If only I could stay for just one moment longer, perhaps I would reveal-"

At this point, Four interrupts Dora by telling her to "stop being so dramatic". She is then sucked up and quickly and erratically goes to the EXIT.

In "The Escape from Four", Dora attempts to escape the EXIT with the other eliminated contestants. She reaches the surface briefly but gets sucked right back in by Four.

In "Take the Tower", Gelatin calls Flower Dora in order to convince Firey he's the real Flower. Later, Taco confuses Flower for Dora and mistakenly calls her a TPOT contestant.

In "SOS (Save Our Show)", Gelatin mentions how Dora smashed her head against the jawbreakers in the second challenge and tries to do the same.

In "Chapter Complete", Dora can be seen with the other EXITors in Four's imagination, but does not speak. Later, Four snaps and Dora, along with the other imaginary EXITors, disappears.

In "You Know Those Buttons Don't Do Anything, Right?", Dora appears briefly in the stinger, watching Liy and Stapy with the other EXITors. 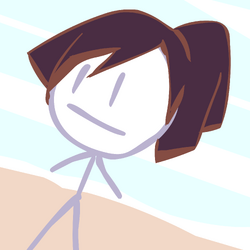