Battle for Dream Island Wiki
Register
Don't have an account?
Sign In
Advertisement
in: Stubs, Items, Season 1 items,
and 2 more

BFDI: Moves riders in a clockwise circle before splashing them with a lava waterfall.

BFB: Moves riders in a clockwise circle before splashing them with either a lava or waterfall every half-rotation.

Firey's Ferris Wheel is an item that appeared in "Insectophobe's Nightmare 2" and briefly in a flashback in "Return of the Hang Glider". It appeared again in "The Game Has Changed".

The wheel appears to be a fixed Ferris wheel, with the wheel being red in color and the seats resembling baskets and poppers. The seats are brown and appear to be made from a fireproof material, as Firey is able to sit on them without any sign of burning. At the end of the wheel, Firey installed a lava waterfall.

In "The Game Has Changed", the Ferris wheel is much smaller than before with 4 seats instead of 8. The wheel is now silver and the stand and basket seats look golden and shinier. Firey also added a waterfall attachment so Leafy won't burn when she rides on it. The Ferris wheel switches between dumping lava and water every half-rotation.

The wheel first appears in "Insectophobe's Nightmare 2", where Firey invites Leafy to ride on it. Leafy is initially happy, but then panics when she realizes Firey filled the waterfall with lava instead of water, and gets burnt to a crisp.

It is revealed that Firey took Leafy's rejection of his wheel personally, and for this reason alone forbids her from entering Dream Island.

In "The Game Has Changed", Firey makes a Ferris wheel for the challenge. In the stinger, Woody unscrews the center bolt, making the Ferris wheel fall off and roll away with both Leafy and Firey in it.

In "The Tweested Temple", The Ferris wheel rolls onto Flower's Announcer Crusher and gets crushed rapidly, also killing Firey and Leafy in the process. Four uses the dispenser as a prize for either water or lava, Flower, Gelatin, Lollipop and Teardrop get water while Leafy and Woody get lava.

"Wait till you get to the fun, special part!"

"We'll go through a waterfall."

Lava falling on Firey in BFDI 24.

The Flashback in BFDI 25.

"Wow Leafy! We've been on this Ferris wheel for like, 8 hours now!"

The Ferris wheel is on the loose. 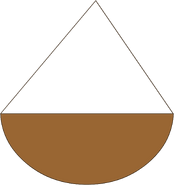 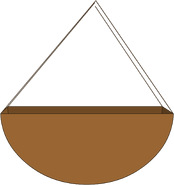 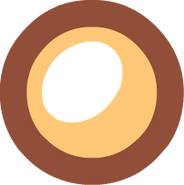 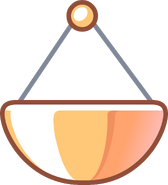 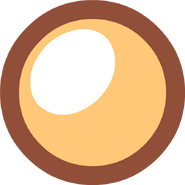 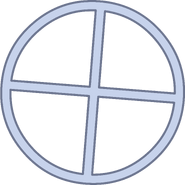 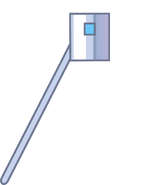 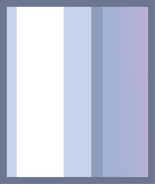 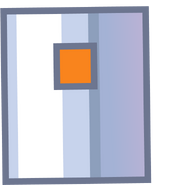 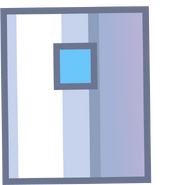 The lava and water waterfall buckets from Firey's Ferris Wheel in the Grand Cake
Items
Community content is available under CC-BY-SA unless otherwise noted.
Advertisement