"Firey" is a comic series made by Cary Huang. The comics in the series show the characters doing stuff, like climbing mountains. Some of them were colored in with colored pencils. For close to 8 years, only parts of Book 2 and 3 were shown online. However, the comic series was rediscovered and uploaded in full online on August 14th, 2020, with the video "We Discovered Our Forgotten "Firey" Comics".

The format is inspired by syndicated comic strips such as Garfield, most likely because Cary says Jim Davis, the creator of Garfield, was a big inspiration to him at the time.[1]

The first part of the book is a partially colored remake of FIREY to keep our customers happy from the 5th grade catalogue.

After the remake, Match tells Firey he set a tree on fire. Firey leaps off, with another two trees being set on fire. The entire forest is later set ablaze, and Match blames Firey. It is then revealed that Spongy was responsible for 90% of the fires. Match confronts Spongy, only for him to say that he was just cold. Teardrop shoots out water from her tip to put out the fire. Match celebrates, and notices Firey is on a tree again, asks why, and promptly is submerged in Teardrop's water.

In the next story, Firey is seen doing a sudoku puzzle. Match comes in to ask what he's doing. He says that he's doing a sudoku puzzle and is halfway through, saying it's hard. Match immediately understands how to do it, and asks Firey for the book. Match finishes the entire book in five seconds. Firey is in doubt, saying that Match couldn't have done it all in the hard section, which Match mistook as the easy section. Firey, still in doubt, asks if Match heard of sudoku before, with Match saying she hasn't. Firey says he feels dumb. Match "comforts" him by saying it's fine to have below average sudoku skills, so she can seem smarter. Firey gets a new book, and starts on the hard section. Match asks if she can help, and Firey denies. Match is upset by this, and says that he doesn't want it to be finished quickly and the fact that he spent five dollars on it. Match simply responds with "Oh."

Firey, Snowball, and several others are hiking a mountain. Snowball says that the climb is exhausting, and Firey agrees. Snowball says that he melted off a few ounces which caused Golf Ball, Woody, Blocky, and Flower to slip down the mountain. Firey goes up a cliff, and turns around, only for the other side of the cliff to disappear. He tells Snowball to watch him throw their only water bottle off the cliff and break it. Snowball then confronts Firey that their only source of water was gone. Firey says that he prioritized that over his life. Firey takes the backpack and finds a football. Firey loses grip of the backpack, which falls and explodes. Snowball asks what was in the backpack. The explosion leaves a hole in what was left of the mountain, causing it to fall over. Snowball and Firey land in a pond. Match appears, with the football, and asks who it belonged to. In the video "We Discovered Our Forgotten "Firey" Comics", it adds a zoom-in on Firey with screaming, as if he was extinguishing.

In the next story, Firey is seen at a basketball court. Firey attempts to shoot hoops, but fails. He becomes frustrated and asks how Eraser does it. Eraser says it just happens.

In the next story, some variables of the weather are seen with how the contestants handle the situations. During heat, objects such as Blocky and Bubble gather around Ice Cube, much to her anger. When it's cold, objects such as Golfball and Coiny gather around Firey for warmth, much to his confusion. Match can also be seen shivering at the bottom. When it is wet, Spongy is seen sitting in a large puddle, confused. Snowball is disgusted by this and simply says "Ew".

In the next story, Golf Ball tells Firey that since summer's ending, she decided something. It is unknown what happens further in this story due to the story being scrapped and the book as a result is left unfinished.

Needle is seen walking around, as she gasps in shock. (in "We Discovered Our Forgotten "Firey" Comics", Cary had to make up a new voice for her, so he made a Spongy-like voice for her) It is shown that Golf Ball is building a store, called "Golf Ball's Local Store". Needle says that it's terrible, with Golf Ball responding that she built it as a dare by Bubble. Coiny asks Golf Ball if the front door was essential for the store, and she says it was absolutely crucial. Then, Coiny says he asked for "no reason", revealing a huge hole where the door should have been, with some lettering falling off. Golf Ball is shocked by this, and asks who could have destroyed the front door. Coiny says that he drove his car into it. Coiny blames Firey for daring him. Golf Ball tells Firey and Coiny that they will be sent to jail. Firey sarcastically replies that he's going to jail and not prison. Coiny tells Golf Ball that she can't arrest them, because there is no jury. Golf Ball says she is the "jury", and tells them to go to jail. Golf Ball handcuffs Firey and Coiny offscreen and sends them to jail. Firey says it's cool but asks why he's there. Coiny blames Firey because he told him to do the dare. Firey retorts that Coiny forgot to remind him not to drive into Golf Ball's store.

In the next story, Firey is seen standing around. Leafy shows him her $1,000 bill. Firey turns it into a paper airplane and flies it away, saying it made a great paper airplane. Leafy growls in response.

In the next story, Tennis Ball greets Snowball. Tennis Ball comments to himself that he thinks "Snowball" is a cool name. Tennis Ball says hello to Golf Ball, calling her "Snowball" by mistake. The book ends with an unfinished character bio section with drawings, but no handwriting. 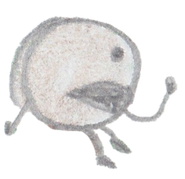 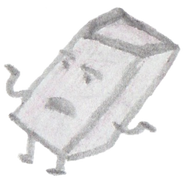 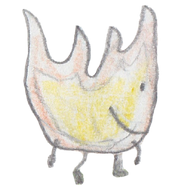 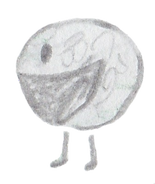 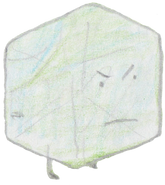 Match, with her original red/blue tip exclusively in Firey #1.

Match, as she appeared in Firey #2 onward. 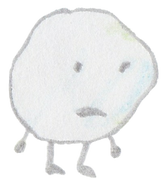 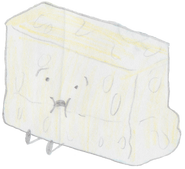 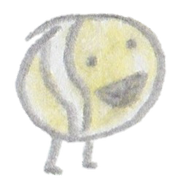