"FIREY to keep our customers happy", also known as "First BFDI Drawing EVER!", is a comic that appeared in Cary Huang's 5th grade assignment to make a fake catalog. It was written on May 2nd, 2008 and featured the first known debut of BFDI characters, being shown in a comic that was later remade for Firey comics #1. 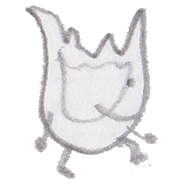 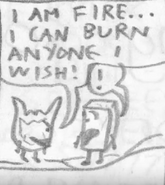 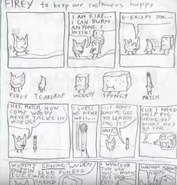 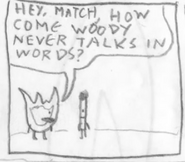 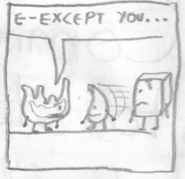 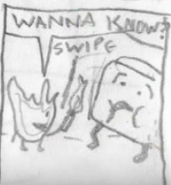