Five is seen playing catch with Three during the start of "X Finds Out His Value". In the BFDI + II Meetup, Cary Huang refers to Five with he/him pronouns.

Five is seen in "The Four is Lava", where he was engulfed by lava.

In "Thanks for 900,000 subscribers!", Five marks his first speaking appearance, and his personality begins to show.

He is very irritable and sarcastic, where he complains about Nine being so annoying. However, he is shown to be knowledgeable and is very law-abiding. After Seven is about to explain the "7-Ate(8)-9" joke, Five explains that cannibalism is not allowed in the Equation Playground, and how that is just a joke. 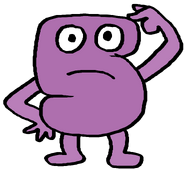 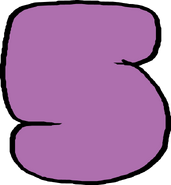 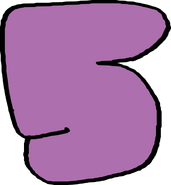 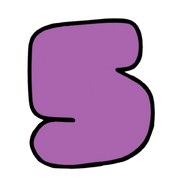 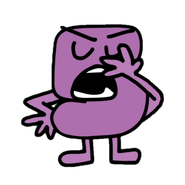 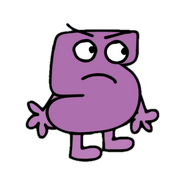 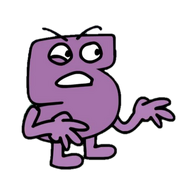 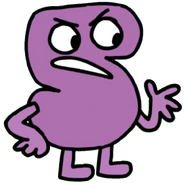 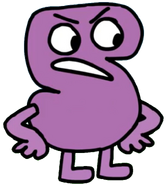 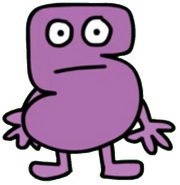 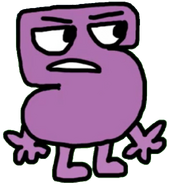 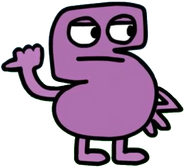 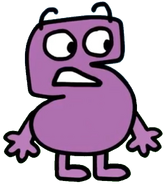 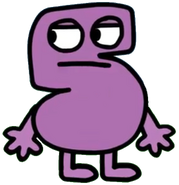 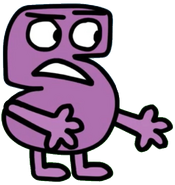 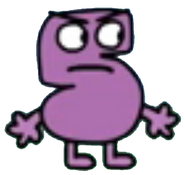 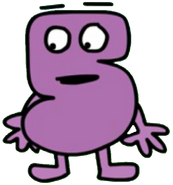 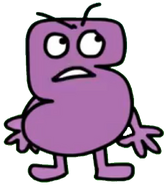 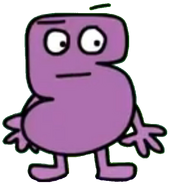 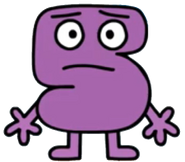 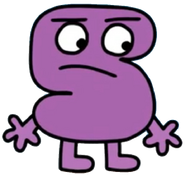 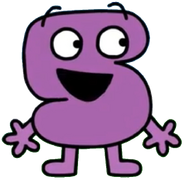 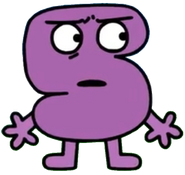 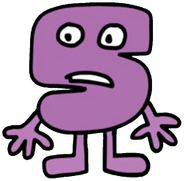 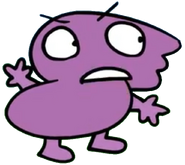 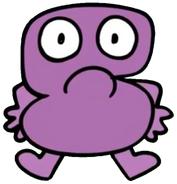 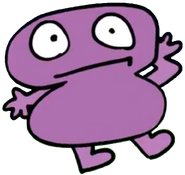 Five about to fix there body
Add a photo to this gallery
Characters
Retrieved from "https://battlefordreamisland.fandom.com/wiki/Five?oldid=2658175"
Community content is available under CC-BY-SA unless otherwise noted.