Battle for Dream Island Wiki
Register
Don't have an account?
Sign In
Advertisement
in: Articles with unsourced statements, Characters, Hosts,
and 11 more

View source
watch 01:23
Wiki Targeted (Entertainment)
Do you like this video?
Play Sound

The Flower Speaker Box was a speaker box created by Flower. She was featured after the Announcer was killed by Spongy.

She had every same detail as Flower as it was made by her for one purpose: to let Flower win the show. After some arguing, it was settled that she would be co-host alongside Firey Speaker Box in "Don't Pierce My Flesh".

She was destroyed by a bowling ball that Flower threw, with the intention to hit Firey Speaker Box in "Hurtful!".

Flower Speaker Box is a recolored variation of the Announcer, with her color schemes similar to her creator. Her speaker is light brilliant yellow like Flower's pistil, and the box part is bright magenta like Flower's petals.

Just like Flower, the Flower Speaker Box practically hates everyone other than Flower, who she reveres as perfect. She wouldn't pass up on an opportunity to rig the contest or judgment in Flower's favor. Also like Flower, Flower Speaker Box openly kills other contestants, as in "Don't Pierce My Flesh", she admitted that she had poisoned Firey's cake.

The contest ends with a tie, and the Flower Speaker Box makes the beauty contest the tiebreaker. Firey Speaker Box agrees, though he also has to be a judge. Both speaker boxes pick their respective creator as the winner, placing Leafy, Bubble, and Spongy up for elimination. She fills the role of telling viewers how voting works. 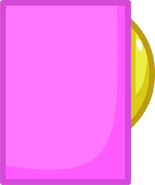 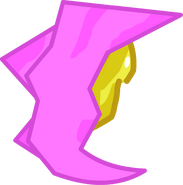 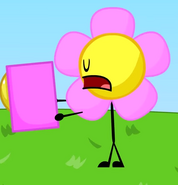 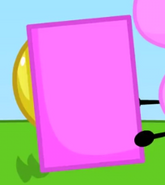 The Flower Speaker Box on the TLC

The last frame before impact

Characters
Community content is available under CC-BY-SA unless otherwise noted.