Free Food, stylized as FREE FOOD, is one of the eleven teams in Battle for BFB. The team was named by Yellow Face due to calling out that there was free food (referring to Fries' fries).

Who doesn't like free food? Free snacks! Free burgers! Yum! You would think with a team name like Free Food, food would be the main focus. Well, it's not. The only food on the team is Fries. Unless you eat staplers.

When Free Food wins, they usually do it in a messy, clumsy way. There aren't too many people on the team who want to take a leadership role. Fries likes the idea of leadership but is really more interested in seeing other people take charge.

In "Getting Teardrop to Talk", Free Food formed when Yellow Face asked Bell and Foldy to join. Foldy contemplated on that Stapy should be on her team, and Marker followed Stapy. Fries admired what Yellow Face did, and joined with Puffball. Eraser was the last one to join when Yellow Face said he had some free food (Fries' fries), hence the team name Free Food.

During the challenge that episode, Foldy, and Stapy were playing Rock Paper Scissors when interrupted by Fries, who asked to stop playing it and help get the basket. He asked if Stapy was light, Stapy responded saying he was one of the heaviest, so Foldy went up. Fries launched Foldy up three times and Foldy died after the third, enraging Stapy. Bell asked what they would do without Foldy, stating that no-one would get up there, since nobody could fly. Puffball, behind Bell, was angry, Bell was frightened about that. So Puffball got the basket, which apparently had air spilled out of it, but Free Food was safe anyways at 3rd place.

In "Lick Your Way to Freedom", Stapy slammed his body into a jawbreaker, and found someone in it, meaning they were safe at 3rd. Yellow Face asked if Foldy was inside, but Eraser revealed it was actually Lollipop. Marker and Stapy angrily punished Lollipop by eating her.

In "Why Would You Do This on a Swingset", Marker asked Puffball to play Toss the Dirt with him. Puffball initially agreed but was asked by Fries to rotate around the swing's center 50 times due to her being the only flier. Bell commented on how Fries was bossy. Nothingness, Puffball agreed and saved her team at 5th place[debatable].

In "Today's Very Special Episode", Free Food finished their presentation third, presenting "the year's hottest look", consisting of Yellow Face, Foldy, Fries, Puffball and Stapy (from top to bottom). They placed 1st that episode due to Four loving it, sending hearts flying and Eraser off the horizon.

In "Fortunate Ben", the team nearly lost because Stapy stapled the plane together, but, due to his stapling obsession, he stapled the ground so much that it split in half and allowed their team to fall into the middle. Their team got 7th, but were safe, as they led Beep to be up for elimination.

In "Four Goes Too Far", Pen was trying to get one of Free Food's members the Twinkle of Contagion. Pen grabs some "tossable dirt" (trying to get Marker's attention). Marker slowly turns around, but Fries stops him. Eventually, Pen Passes the Twinkle to Marker. Later in the contest, Taco convinces Bell to look at the moon. Bell then gets the Twinkle. Eraser tells Bell everyone knows she has the Twinkle, except for The Losers Bell breaks the basket The Losers are hiding in and passes it to Clock, making The Loser!'s (fittingly) lose.

In "Questions Answered", Stapy makes a fake buzzer to make iance lose. They were going to win, but Match had footage of them cheating, which caused Free Food to be put up for elimination.

In "This Episode Is About Basketball", Stapy was eliminated. The team had the strategy to have Marker play Toss The Dirt, which caused him to toss the balls into the basket as he was digging. This caused the team to win.

In "Get to the Top in 500 Steps", the team picked Foldy to participate in the challenge. After Flower had maneuvered herself to the top, Foldy tried to prevent her from winning in order to make iance lose and avenge Stapy. Flower ended up pushing Foldy off the top, but she successfully glided her way back to the stairs. After Flower was pushed off by Dora, Foldy was able to press the button and win for her team.

In "What Do You Think of Roleplay?", Eraser comes to the realization that Foldy is shaped like a pentagon, which causes him to scream. Then Ruby comes into the scene and unfolds Foldy for messing with iance, Eraser thanks Ruby for doing that. At the challenge, Foldy gets Fries to try and refold her back. Puffball then vomits rainbow all over Yellow Face. Yellow Face points out that this isn't Puffball. He ends up being right and Free Food wins the challenge.

In "Return of the Rocket Ship", Yellow Face does an ad for Fork Attractant that gets interrupted by Fries. It catches the attention of Marker, Bell, and Lollipop, but Fries tells them to stop since they don't have time. Bell asks Fries why he is being so uptight, Fries tells her that it's because Four and X are about to start the next contest. Eraser chimes in saying Fries is right since the hosts usually stand still, followed by X floating in the air. X instead goes underground, shocking both of them. By the end of the episode, Free Food can be seen still at the surface.

In "Don't Dig Straight Down", Foldy asks Yellow Face if the department store that he advertises for sells emeralds. Yellow Face says that it doesn't, but instead has cheap, plastic emeralds. Foldy attempts to turn them in, but Fries stops her, not wanting to cheat Four. Marker convinces Fries that Four will be fine with fake emeralds, so Fries decides they should turn them in. Four accepts the fake emeralds, so they are the first team safe.

In "The Four is Lava", Puffball hears Four announce the contest from space and races against Spongy back to earth. Once she gets back, Spongy starts firing cannonballs at her. Puffball dodges them and turns to see that Bell and Foldy are still alive. To get rid of Spongy, Puffball uses Bell to catch a cannonball and swings it back at Spongy's ship, destroying it. The three now start heading towards Four. Later, Blocky pushes Foldy away as he grabs on to Puffball. Foldy kicks him off, but Blocky manages to spin around Puffball to knock Foldy off again. Puffball manages to shake Blocky off of her and quickly gets Foldy before she falls in the lava. Bell, Foldy, and Puffball eventually reach Four and are safe. Bell then asks Four to recover her teammates. 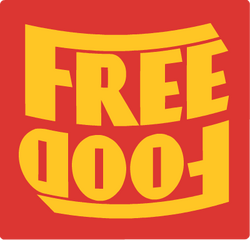