Battle for Dream Island Wiki
Register
Don't have an account?
Sign In
Advertisement
in: Items, Weapons, Season 2 items,
and 2 more

Freeze Juice is an item that has only appeared in BFDIA. It is a cryogenic coolant with a light blue color, stored in a syringe. If a character is injected with Freeze Juice, they will be temporarily stunned as they will go into cryogenic hibernation. The character will be unconscious and will not be able to interact or move until the effects of Freeze Juice wear off. The frozen form is hard and brittle, which poses a danger to the character under the effects of Freeze Juice, as if they break, they will die. After a certain amount of time, the person will thaw and will wake up from cryogenic hibernation. This also gets the thawed character wet, as seen in "Zeeky Boogy Doog" when Gelatin thaws and gets "all soggy". When Firey thawed out, the melted freeze juice ended up killing him.

It has no effect on Yoyle Metal. It was first seen in "Insectophobe's Nightmare 3" and most recently in "The Long-lost Yoyle City".

The Freeze Juice first appears in "Insectophobe's Nightmare 3". Gelatin is seen using a Freeze Juice to freeze Evil Leafy. He then writes "first" on her ice, after Spongy throws her up.

In "Zeeky Boogy Doog", a syringe of Freeze Juice is seen next to Gelatin when he, Tennis Ball, Firey, and Book are on top of the Eiffel Tower. When Firey calls Book "well read", she takes the Freeze Juice from Gelatin and uses it on him. Later, Tennis Ball and Gelatin also call Book well-read and she uses the Freeze Juice on them too. Once Firey gets thawed after being frozen, he gets extinguished and dies. Later in the episode, Ruby accidentally brings Flower back to life, and Gelatin uses the Freeze Juice on her and tells Ruby to never do that again. When Team No-Name is in Golf Ball's Underground Factory, Golf Ball kicks Fries into her incinerator, and Gelatin freezes her with the Freeze Juice, saying that she needs to "calm down". The incinerator launches bars to prevent Golf Ball from falling into the lava, and the heat was enough to unfreeze her.

At the end of the episode, Flower threw a bug on Gelatin and asked him how it felt. He said it felt okay because he was immune to bug poison and froze her again using the Freeze Juice.

In "Get in the Van", when Pin and Bubble are discussing how much they hate Leafy, the latter suddenly appears out of nowhere, and Pin and Bubble start throwing Freeze Juice syringes at her, but she doesn't freeze, because she is made of Yoyle Metal, which is unfreezable.

In "It's a Monster", Puffball tells Gelatin to freeze the members of W.O.A.H. Bunch so they are able to recover the rest of their team, which he does.

In "The Long-lost Yoyle City", Pencil uses the Freeze Juice to freeze the members of Team No-Name so her team can pass them, reach the summit of Yoyle Mountain and win the challenge (which worked).

In "Lick Your Way to Freedom", Freeze Juice appeared as a recommended character. 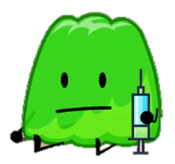 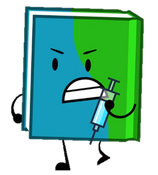 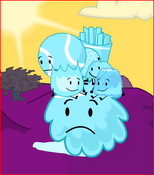 All of Team No-Name gets frozen. 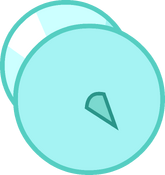 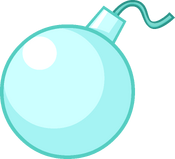 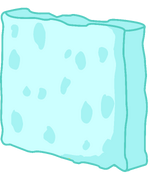 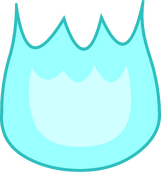 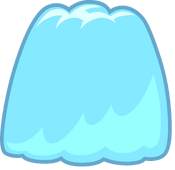 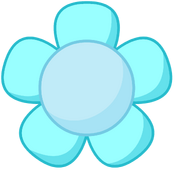 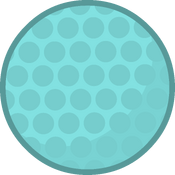 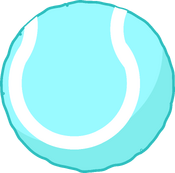 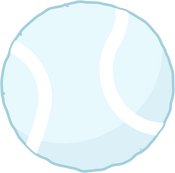