How to Fold your Foldy

How to Fold your Foldy

"How to Fold your Foldy" is an instructional video uploaded on June 18th, 2019. It shows how to fold your Foldy that comes with the Firey plush, with Foldy's commentary. Twelve such Foldies form a dodecahedron, which you are also given a tutorial on how to make.

The video was made unlisted at some point, but it was made public again in March 8, 2021. 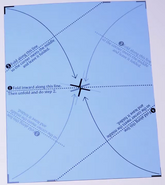 Flip the paper facing this side up before folding. 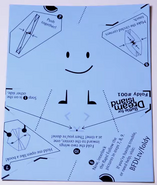 The other side of the paper.
Community content is available under CC-BY-SA unless otherwise noted.
Advertisement