The Power of Two

jacknjellify is a YouTube channel owned by Cary and Michael Huang, who host Battle for BFB (BFB). They are known for their marble races and their BFDI series. The account was founded on February 4, 2008, making animations and marble races. The first episode of BFDI was released on January 1, 2010, and their channel has been running for over eleven years. jacknjellify also makes other animations, but BFDI is their main project.

jacknjellify was verified on YouTube on June 26, 2017[1], and the channel was affiliated with the Channel Frederator Network on October 14, 2019[2].

On March 6, 2014, jacknjellify's AdSense account was suspended for an unknown reason. They sent YouTube two appeals, however they were both rejected. Since then, they have gained over 115 million views.

On June 15, 2016, jacknjellify revealed on Twitter that their AdSense account has been restored,[3] thus meaning that they can once again receive income from their videos, further guaranteeing that BFDIA 6 will be released. Also thanks to this, the show will hopefully be in its full production again, if not just a bit slower. jacknjellify also created a slideshow[4] for their thoughts about what caused the account's block in the first place.

King of the Web

jacknjellify once ran for King of the Web. Their goal was 12,500 votes and if it was reached, BFDI would be weekly instead of monthly. They said you could vote 10 times per day. Blocky was in the cameo and at the end, you could vote for one of these reasons:

The goal was never reached, so BFDI never became weekly.

As noted on jacknjellify's Twitter, the 50,000th subscriber was Galaxitastic, known as SugarCane789 at the time.[8] 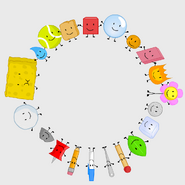 The top image on shop.jacknjellify.com 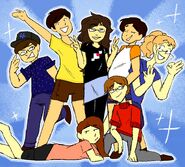 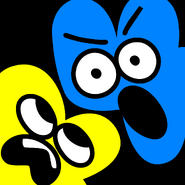 The new jacknjellify logo from 2018 onward

Only Michael Huang, Cary Huang, and Satomi Hinatsu in "Lick Your Way to Freedom" 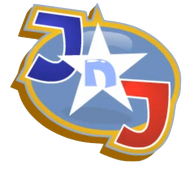 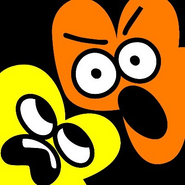