Battle for Dream Island Wiki
Register
Don't have an account?
Sign In
Advertisement
in: Stubs, Show staff, Animators,
and 6 more

Joseph Pak (born February 4th, 2002) is an South Korean animator and Korean animation revisionist for Battle for BFDI. His first contribution for BFB was animating for "Don't Dig Straight Down". He is the voice of Anchor in Battle for Dream Island: The Power of Two. 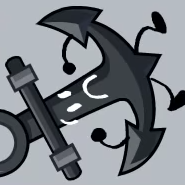