This article is dedicated to the relationships and interactions between Leafy and Woody.

Leafy usually acts very kind and supportive towards Woody, almost like how she treated Ice Cube and Teardrop in BFDI. Woody has been shown to like Leafy back, but their friendship is currently at a halt in BFB because of Leafy's actions in BFB 2.

In "Take the Plunge: Part 1", Leafy pulled Woody out of the dirt while telling him that "There's a life out there to enjoy, so enjoy it!"

In "Sweet Tooth", Leafy made Pen and Eraser pay for her cake but offered help to Woody by letting him have one for free.

In "Half a Loaf Is Better Than None", Leafy defends Woody when the Announcer laughs at Woody when he drowns in the bread.

In "Return of the Hang Glider", Woody wants Leafy to win. He also slaps Needle, Match, and almost Pencil when they don't pick Leafy to win.

In "Getting Teardrop to Talk", Leafy can be seen talking to Woody when Golf Ball is looking for her. She later chooses Woody to be on her team and says that his team name idea is catchy. When Leafy tells Four that they'd like to start competing, Leafy says "Right Woody!" and Woody makes a noise in agreement.

In "Lick Your Way to Freedom", Leafy and Woody both yell for Roboty to find him. Woody's loyalty number is 6 on Leafy's chart.

In "Let's Raid The Warehouse", Leafy asks Woody if he remembers when she said "There's a life out there to enjoy, so enjoy it!". Leafy admits to him that sometimes she isn't in the right mindset to enjoy the things she use to, and says that's natural and OK. She continues, saying that things will get better even if they seem like they aren't right now, Woody happily agrees.

In "How Loe Can You Grow?", Leafy witnesses Woody burning to death and is shocked.

In "Let's Raid The Warehouse", Leafy tries to make small talk with the other receivers. Woody acknowledges that she's speaking by looking at her, but says nothing back.

Despite making up with Leafy in BFB 21, in "Who Stole Donut's Diary?", during Woody's testimony, he refers to Leafy as "the one who stole everything" and says he was afraid that Leafy would steal him as well.

In "Take the Plunge: Part 2", when Rocky and Woody are the only ones who haven't been picked unto teams, Leafy said sorry to Woody and chose Rocky instead.

In "Lick Your Way to Freedom", Woody has his tongue pulled on by Leafy twice, because Leafy wanted to use his tongue to lick the jawbreakers. The moment that truly made Woody not like Leafy anymore is when she pops Balloony as he's seen frowning when this happens.

In "Get to the Top in 500 Steps", Woody, along with the rest of what remained of Beep, backed away from Leafy when Four announced that she had rejoined. 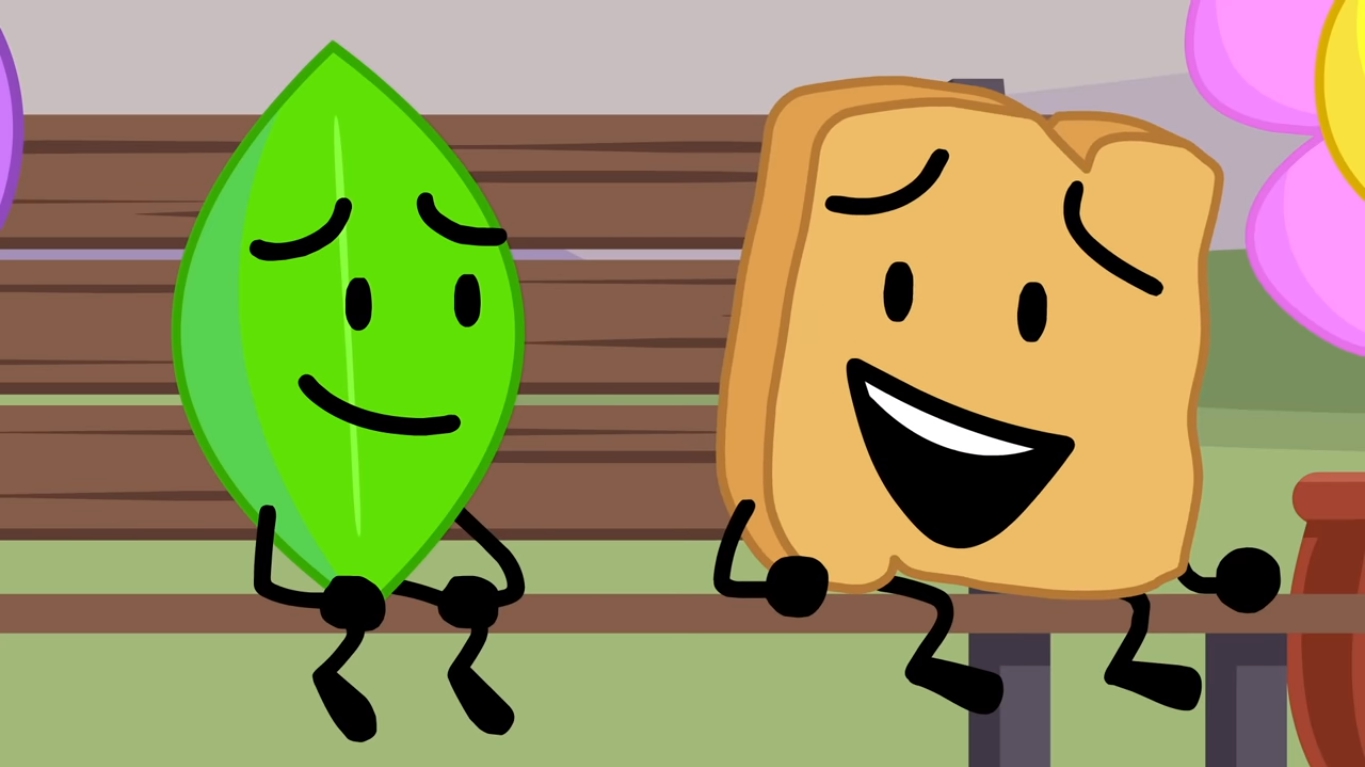 Add a photo to this gallery
Relationships
Retrieved from "https://battlefordreamisland.fandom.com/wiki/Leafy_and_Woody?oldid=2332082"
Community content is available under CC-BY-SA unless otherwise noted.