Battle for Dream Island Wiki
Register
Don't have an account?
Sign In
Advertisement
in: Non-canon, Articles with missing information, Characters,
and 4 more

In some carykh videos, characters who are in the style of Battle for Dream Island characters appear.

Katherine Sun
Beggy is a character created by Katherine Sun in a stream of Baldi's Basics. In the livestream she put her face over an egg which he later put on the head of Baldi making Beggy. Cary later uploaded a video of the character parodying the video "Shrek is love, Shrek is life". 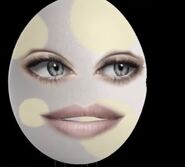 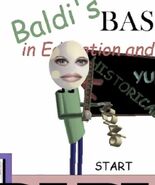 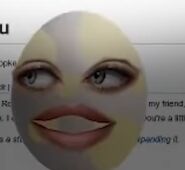 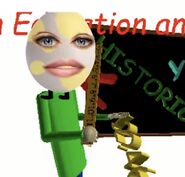 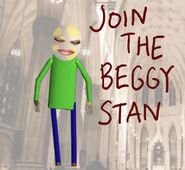 Multiple
The TWOW contestants are a group of contestants in the carykh series Ten Words of Wisdom. All of the characters are based on Book from Battle For Dream Island Again. The final contestants are Midnight Light and Meester Tweester.

Computer
Laptoppy is a character in the carykh videos. He is used to show what Cary is doing with his computer. If Cary is making his computer scan something the character of his computer will be seen scanning something with a magnifying glass. The character of the computer has no personality although he always seems happy.
Lists
Community content is available under CC-BY-SA unless otherwise noted.
Advertisement