This article lists the less prominent numbers from X Finds Out His Value and other jacknjellify related media.

Numbers in this article must be official numbers that have appeared in videos such as X Finds Out His Value, BFDI, or in shorts. Recommended characters and promotional characters that are numbers are excluded.

"0" redirects here. For the contestant shaped like the number 0, see Donut.

Zero is an algebralian that first appeared in "The Number Playground Chronicle!", where they were a former athlete.

Zero made their first public appearance in "Thanks for 600,000 subscribers!". In that video, five Zeroes are standing next to Six to show the Jacknjellify subscriber count. This marks the first appearance of Zero's clones.

They appear again in "Thanks for 700,000 subscribers! (Leafy Plush & BFB 22 on July 24)", fulfilling mostly the same role as they did in the previous video.

They appear again in "Thanks for 800,000 subscribers!", fulfilling mostly the same role as they did in the two previous videos. They appear to be upset when Seven gets kicked.

They appear again in "Thanks for 900,000 subscribers!", fulfilling mostly the same role as they did in the three previous videos.

They appear yet again in “Thanks for 1,000,000 subscribers!”, fulfilling mostly the same role as they did in their previous appearances.

Michael Huang (shown in the credits of XFOHV, isn't actually seen speaking though)
One is an algebralian and recommended character from the bfdi universe.

In the original storyboard of "X Finds Out His Value", One was supposed to say "Hmph!" instead of Three.

One has appeared in the traditional art style for the first time as a recommended character in BFB 25, which revealed One is armless. 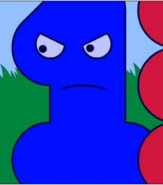 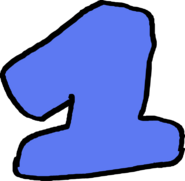 Three is an algebralian from "X Finds Out His Value". At the beginning of the video, they are seen playing catch with Five. Later on, they become jealous of Four and X when they find X's value is seven, a lucky number, while with One, they form into a thirteen, an unlucky number. Three grunts at the sight.

Three appeared in the traditional art style for the first time as 2 recommended characters (recommended twice) in BFB 27, and once again in BFB 28, and thus was the last XFOHV character to appear in the BFDI universe. 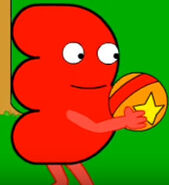 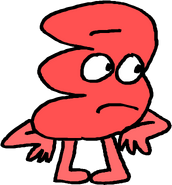 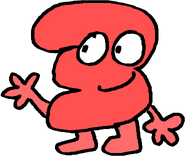 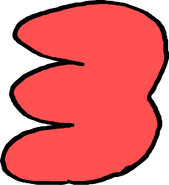 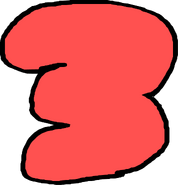 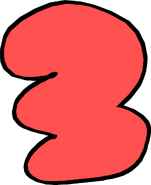