Battle for Dream Island Wiki
Register
Don't have an account?
Sign In
Advertisement
in: Recommended Characters, Males, Characters,
and 10 more

BFDIA: "Yeah, Who? I Wanna Know"
TPOT: "You Know Those Buttons Don't Do Anything, Right?" (disqualified)

BFDIA: 27th-28th (266 votes to join), but wasn't eligible to compete
TPOT: N/A (5,697 votes to join), was originally going to be the 42nd contestant to join the game, but was disqualified due to being equal to 0 contestants and replaced by Price Tag

This character has transparency in his design.

Nonexisty is one of the 30 recommended characters that could've joined the game in episodes "The Reveal" and "Reveal Novum". However, he only placed 8th/9th with 11 votes, tying with Robot Flower, which wasn't enough to join. He was also up for voting to join the second season, but he only got 266 votes. Even if he had gotten enough, he still would be disqualified for being absent, and was the only character not in the original BFDI cast to be disqualified.

He is one of the two contestants not participating in Battle for BFDI, with the other being Evil Leafy. However, he went up for voting to join Battle for Dream Island: The Power of Two in "The Escape from Four".

He placed second in the voting overall, and actually almost joined due to the number of contestants being a prime number, but he didn't join since he doesn't exist, so Price Tag, who was placed third, joined instead.

Nonexisty had his own TikTok where he did stand up comedy.

Nonexisty does not exist and therefore has no appearance or personality. However, he still has traits mentioned throughout BFDI that suggests some level of existence, despite supposedly not existing:

Nonexisty first "appeared" in "A Leg Up in the Race", where Firey tasted him, and questioned if it was peanut butter.

Nonexisty was eligible to become a contestant in "The Reveal". In his audition, Nonexisty does nothing, as he does not exist.

Nonexisty attended the Cake at Stake for the debut in "Reveal Novum". He was eliminated with 11 votes, but Announcer missed flinging him to the Locker of Losers.

Nonexisty presumably appeared in the crowd of recommended characters in "Return of the Hang Glider".

Nonexisty recieved 266 votes to become a contestant in BFDIA, and it was not enough. Regardless, due to him not existing, he was disqualified.

Nonexisty was eligible to be voted out of the Locker of Losers in "Welcome Back". He received 515 votes.

Nonexisty had a scrapped role in the early storyboard for BFB 3. Ruby asks Four why Nonexisty was not present as a contestant for Battle for BFDI, where Four says that Nonexisty isn't a real person, upsetting Ruby. The events of the storyboard are not considered canon.

Nonexisty appeared as a recommended character in "Don't Dig Straight Down" when the members of iance were digging.

Nonexisty appeared in "The Escape from Four" at the voting part as a recommended character to join Battle for Dream Island: The Power of Two.

Nonexistly got 5,697 votes and was going to compete but lost to Winner. Two then realized there was a prime number of contestants and decides to allow the second most voted to join. However, Nonexisty doesn’t exist so he was replaced by Price Tag.

In "Yeah, Who? I Wanna Know", when he finds out that contestants not present, including Nonexisty, may not compete, Coiny sarcastically remarks that it's unfortunate.

Otherwise Coiny has never mentioned this character in any other episodes of BFDI.

In "A Leg Up in the Race", Firey indirectly mentioned Nonexisty, saying that he tasted like peanut butter (as mentioned by a YouTube annotation that no longer exists).

In "Reveal Novum", when the Announcer "flung" Nonexisty to the LOL, Ruby told him he missed him. 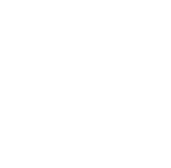 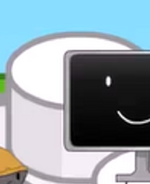 Nonexisty being 'sent' to the LOL.

Nonexisty and a lot of people

Nonexisty's mention in the discredited early BFB 3 storyboard. (This is not canon) 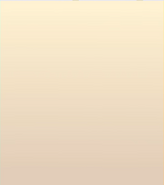 Nonexisty in between Price Tag and Winner