Several viewers of Battle for Dream Island have gained some notability due to a multitude of reasons, such as for the characters they've recommended or by being named by the show itself.

One must somehow directly affect the show itself in order to be considered a notable viewer. Thus, people who are considered both popular and part of the "fandom" yet have had little to no actual effect on the show itself are not included in this article.

As a contestant in Cary Huang's Ten Words of Wisdom, he placed 17th out of 491 and made it to the Season 1 alumni.

alexlion0511 has a Roblox game called Find the Markers based on the character. It has been very popular, enough to make Roblox's front page. As of July 24, 2022, it has over 500 million visits. It has triple the number of views of the most viewed object show video, Take the Plunge: Part 1, making it the most interacted-with object show media as of early 2022. Cary Huang first livestreamed himself playing Find the Markers on Humany on February 2nd, 2022.[1]

Cheryblosen was the last BFDI voter. They said they wanted Leafy to win. Their channel was terminated in 2018 for uploading copyrighted clips from MTV, and their channel now gives a 404 error when you enter the URL in. 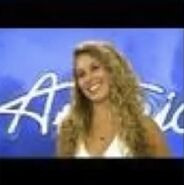 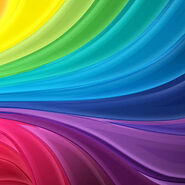 Cheryblosen's profile picture before the channel got deactivated.

Englishcreamcakes is an iconic viewer and fan of BFDI and BFDIA, best known as the first viewer who voted for Pencil in The Reveal. Also, he voted for Snowball to rejoin in The Glistening (but he received the least votes). In addition, he is a well-known recommender in BFDI. 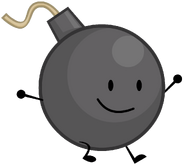 [1]
BlueJay, formerly Jaysillyboy and also known as xXAngelKnightXx, is a fan of the BFDI series who is best known as being both the first person to ever vote for a contestant and being the most prominent recommender of Bomby, the very first recommended character on Battle for Dream Island.

Because he was the first to ever vote, he received his own tribute video three days after the first BFDI episode. It is the only video on the channel with 99% likes.[2] He received an updated tribute video, "Tribute to Our First Commenter", ten years later in 2020. 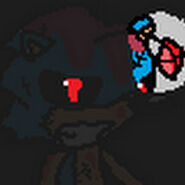 Bomby in BFDI 11, whom Jaysillyboy recommended. 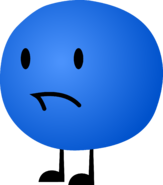 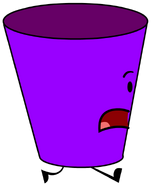 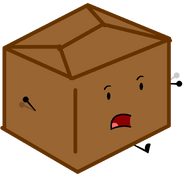 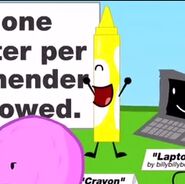 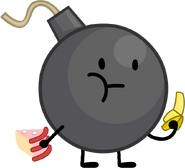 JoshuaJoycleyn was a viewer who was mentioned inside the Book of BFDI Tips and Tricks in "Insectophobe's Nightmare 3". Their YouTube account appears to no longer exist, as searching for the username on YouTube yields no results but a few Total Drama related videos by other users mention them.

Kat "katyj98" Yong Jie (also known as kitkatyj or daspacepony) is a YouTuber who makes BFDI(A) trivia videos. He recommended Pistachio in BFB 2. He was mentioned in BFDIA 2, when Coiny won the prize; one of the prizes on the wheel was "Subscription to Katyj98".

Andrew Wang, more commonly known as Losmmorpg, is a viewer and fan of BFDI. He is in college in computer science and philosophy. He is known for his game, The Land of Stuff, which was the base for the game Woody's Incredible Journey to the Escape from Eternal Terror. He also composed the song Smaller Cap = Less Plastic, a song that appeared in "Reveal Novum" and "Return of the Hang Glider". His channel was featured on jacknjellify's channel under "New Channels" from 2012 when a right sidebar was added to YouTube channels to until 2015.

Simondomino is a YouTube user who has recommended 40 characters (as of July 11th, 2015) and has recommended a Blocky's Funny Doing's International prank in Insectophobe's Nightmare 2. He also made an object show named "Object Craziness".

Simondomino (as Ondo Mino) in a BFDI's prank 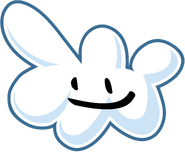 Ondo Mino as it appears in BFB 30

TotalDramaIsland5543 is a viewer. He was mentioned by the announcer in "Insectophobe's Nightmare 2". He recommended "Red Velvet Cake" which was used for Cake at Stake for that episode. His channel now gives a 404 error when you enter the URL in.

His RC being used at cake at stake 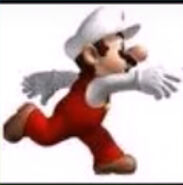 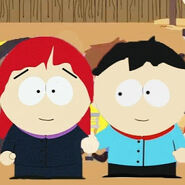 His profile picture before his channel got deactivated.

He is a fan of the bfdi series