This is an interactions page for Pencil and all of her alliance. The members of the alliance later founded a team called FreeSmart.

Pencil is probably the leader of the alliance, hence its name. She and Match are best friends and have never broken up their friendship, or had any major feud. That friendship has led them to decide to create an alliance with Bubble, thus creating Pencil's alliance. Their bond was first introduced in the BFDI's first episode, Take the Plunge: Part 1.

Pencil and Book don't interact very much, but it is evident that they are friends. Although Book wanted to go to Match and Pencil's dance party with Ice Cube, they were also kicked out, due to the party only being for alliance members, not "alternates" as they were labeled.

Pencil and Bubble are friends but not as much as Pencil and Match. Unlike Pencil and Match, they weren't friends at the beginning as they only formed the alliance in the challenge of Episode 1.

In Take the Plunge: Part 2, Bubble was picked to be on the same team as Match and Pencil.

In Insectophobe's Nightmare 3, Pencil uses a bubble blower to attempt bringing Bubble back to life.

In Getting Teardrop to Talk, Pencil demotes Bubble from Member to Bember for preventing Lightning from zapping Flower.

Pencil and Ice Cube are friends. Despite Ice Cube's pleads to join the alliance in the first season, Pencil chose not to allow her in. But when Match was eliminated, Ice Cube was allowed into the alliance, as Pencil said "the more friends the better". However, Pencil also said Ice Cube wasn't as good as Match. Although Ice Cube wanted to go to Match and Pencil's dance party with Book, they were kicked out.

In the first episode, Match and Pencil were already seen talking to each other. Later in that episode, they formed an alliance together with Bubble.

In Take the Plunge: Part 2, Pencil picks Match and Bubble to be on her team.

Ruby joined Pencil's Alliance when Ice Cube made an "ugly face". Ever since this, they have remained friends and Ruby has been made an honorary Alliance member, although Bubble thought against doing so. In No More Snow!, Pencil yells at her multiple times for not pressing the red button.

Despite being friends though, Ruby has been scolded numerous times by Pencil, most notably in BFDIA 5 and Welcome Back. 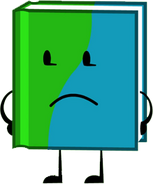 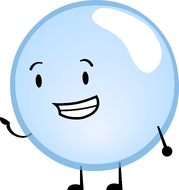 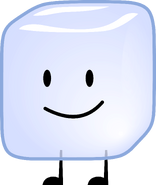 Add a photo to this gallery
Relationships
Retrieved from "https://battlefordreamisland.fandom.com/wiki/Pencil/Relationships/Her_alliance?oldid=1842782"
Community content is available under CC-BY-SA unless otherwise noted.