Pie (formerly known as Pie Man in BFDI 14) is a female contestant on Battle for BFDI and The Power of Two. She was one of the 30 recommended characters in "The Reveal" and "Reveal Novum". Along with Remote and Grassy, Pie only received 7 votes, which in turn placed them at 16th and she was sent into the Locker of Losers.

In the audition tape, as well as in "Bowling, Now With Explosions!", Pie is an explosive blueberry pie, and she was used as a cake at Cake at Stake. As shown in "Getting Teardrop to Talk", all blueberries in BFDI are explosive.

In "Yeah, Who? I Wanna Know", Pie only received 104 votes and placed 42nd, which wasn't enough to join BFDIA and she was sent to the LOL.

Pie is currently competing on TPOT as a member of Death P.A.C.T. Again.

Pie is a blueberry tin with a fat/puffy cheek often seen at the end of her mouth. Originally, her name was "Blueberry Pie", but in "The Reveal" her name was shortened to "Pie". In BFDI(A), Pie was large, had a tan crust, and a dark gray tin with her blueberry filling which could be seen through 3 holes. In IDFB, she gains a redesign with a beige crust with a much lighter gray tin and a smaller body.

Pie has a very mellow and relaxed personality, even though she explodes frequently for seemingly no reason. She could also be described as apathetic, showing no strong opinion towards losing a tic-tac-toe game, having Black Hole and Liy on her team, or even nearly being eliminated. Another example is when she won't get Just Not out of the elevator because they aren't dying. She shows mild disappointment when finding out that Black Hole can't push anything. Despite this, she is excited at Loser's appearance, as her head (quite literally) exploded in "Getting Teardrop to Talk" when she saw him. Her apathy could result from her tendency to explode when feeling strong emotion.

She's shown to be very smart and faithful to the main objective of her team in later episodes, when she got mad at Remote when realizing she sent a bomb to the moon in "Enter the Exit", and when she, along with Black Hole, used a death preventing strategy to win in "Get to the Top in 500 Steps", also preventing Flower from killing her as she did a couple of minutes before. She also gets uncharacteristically angry when Taco (disguised as Tree) shatters Bottle in "What Do You Think of Roleplay?". However Pie's dedication to preventing death can be a bit overbearing at times, as when Pen tries to leave Death P.A.C.T., Pie interrogates and berates him, asking if he's a murderer.

Pie is also shown to be somewhat sassy as well, as shown in "Get to the Top in 500 Steps" where she tells Flower to "move it or lose it" when she gets left behind, and in "The Escape from Four" where she snarkily ridicules Golf Ball for not trusting Two, and sarcastically agrees with Bottle that Two is "perfectly safe", after Bottle is accidentally killed by Two.

Kaboom! Why is Pie always exploding? She's a blueberry pie, and in BFDI, blueberries are explosive. She'll detonate when her emotions get the best of her, or when a fork lands on her, to name a few causes.

Pie is mellow and laid-back, even though she's explosive. She can be easygoing about many things, and can contort herself in all sorts of weird positions, bending her arms and legs in unnatural ways.

Did You Know?: Pie knows the digits of pi. All of them.

In "Half a Loaf Is Better Than None", Pie, recommended as "Pie Man", walks into a vat of hydrochloric acid.

In "Bowling, Now with Explosions!", Pie is used as the cake for Cake at Stake.

In "The Reveal", Pie is one of the 30 handpicked recommended characters who can be voted into joining the game. Pie is shown exploding in their audition.

In "Reveal Novum", Pie only got seven votes to join and is flung to the LOL.

In "Return of the Hang Glider", Pie and her variants, along with the numerous recommended characters on the bleachers, watch the final Cake at Stake.

In "Yeah, Who? I Wanna Know", Pie was eligible to join BFDIA, but only received 104 votes and is flung to the TLC.

In "Welcome Back", Pie had the chance to join in IDFB. Even if IDFB 2 was released, she didn't receive enough votes to join the show.

In "Getting Teardrop to Talk", Pie is first seen playing tic-tac-toe with Cake, though she lost. Cake apologizes but Pie didn't mind. When Loser appears, Pie is seen in the crowd, where she exploded from excitement. Later, when Flower calls upon Black Hole, Pie is seen being sucked towards him along with the Pie Recovery Center. After Four appears, Pie suggests that Liy should try squishing him to find out what he is. When the teams start forming, Snowball asks if Pie has killed anyone, to which she responds that she hasn't. While this turns away Snowball, it intrigues Liy and Black Hole, who join Pie to learn from her. Pie's team is the first safe thanks to Pen, who she high fives.

In "Lick Your Way to Freedom", Pie is seen inspecting one of the jawbreakers Black Hole sliced, though she finds no one inside.

In "Why Would You Do This on a Swingset", Pie appears in the cold open, where she is stabbed by one of Gelatin's thrown forks, causing her to explode. Before the challenge starts, Pie is quickly revived by Four. During the challenge, Pie is disappointed that Black Hole can't push anything.

In "Fortunate Ben", when Four tells Death P.A.C.T. to assemble or they will tremble, Pie says she'd rather tremble. When Pen is safe, Pie asks what his fortune cookie says, and comments that it's weird when it turns out to be about Ice Cube. Pie is in the bottom two to be eliminated along with Liy, bur she doesn't really mind. Pie is safe, however, with 3,995 votes. Her fortune tells everyone to listen to Liy. After Liy is sucked up, Pie asks if anyone even knew what Liy was a switch for.

In "Four Goes Too Far", Pie can be seen keeping her eyes closed to avoid the twinkle. She walks towards a hole blindly, but the screen cuts away before she's shown falling.

In "The Liar Ball You Don't Want", she's in the crowd of characters who yell Loser's name when he appears at the beginning. During the challenge, she attempts to grab the Liar Ball but is pushed away when Lightning zaps it, which causes her to fly into the distance.

In "Questions Answered", Pie can be seen going through TV as Donut kicks the earth to the moon.

In "This Episode Is About Basketball", Pie suggests an easy answer to the challenge, so Pen proceeds to throw many balls into Black Hole, but it has no effect. The whole team, except for Tree, Bottle, and Black Hole do the challenge normally and get 7th place.

In "Enter the Exit", she bends X's leg to make a Four. She later scolds Remote for sending A Better Name Than That a bomb, stating that it went against the team's goal of preventing death.

In "Get to the Top in 500 Steps", she is chosen by her team to climb the stairs. When the challenge begins, Flower gets pushed aside by everyone and complains. Pie responds "move it or lose it". Pie's trek upwards goes smoothly until Flower uses Pie as a propulsion device, exploiting her explosive habit in order to fly up the steps. This kills Pie, and by the time Tree is able to get Four to recover her, only her and Flower have yet to press the button. This puts Pie behind Flower on the steps, and to prevent her death, Pie walks up slowly with no attempt to pass Flower, much to Remote's frustration. However, Pie purposely falls off the steps and utilizes Black Hole's gravitational pull to launch herself to the button, saving her team from elimination.

In "What Do You Think of Roleplay?", Pie realizes that Tree is an impostor when Taco, who was disguised as him, shatters Bottle. This earns her team first place.

In "Return of the Rocket Ship", Pie follows her team to the Evil Canyon in search of X's treasure. They are stopped by Black Hole, who reminds them of their mission to prevent death, and that if they fall into the Evil Canyon, they would die, and Pillow's death. Pie flutters her arms, disappointing Black Hole. Later, Pie realizes that the team should be caring about Pillow and stops fluttering her arms. She and her team go into Four's mouth to find Pillow.

In "Don't Dig Straight Down", Pie reaches her arms out of Four's mouth for the emerald A Better Name Than That found.

In "The Four is Lava", Pie is seen with the rest of Death P.A.C.T. inside of The Fourest. They are the second team safe when Four forces them out of his mouth.

In "The Escape from Four", Pie is first seen walking with everyone towards Four to watch him struggle at sucking up Spongy. As they walk, Bottle states a fact about Spongy and Pie says "Good to know". Pie switches to compete on TPOT only after the BFDI is replaced with A BFB. When Two arrives, Golf Ball is against trusting them since there are so many things they don't know about them. Pie then asks if she knows the answers to any of her questions about Four, to which Golf Ball has no response. Bottle insists that Two is entirely safe, but ends up getting killed by them moments later, making Pie respond "Yeah. Totally safe". However, Pie gives in to Two's show and quits BFB after the BFDI gets replaced with A BFB.

In "X Marks the Spot", Pie and the rest of the TPOT contestants gasp when they saw the BFB contestants use a lasso to grab X.

In "You Know Those Buttons Don't Do Anything, Right?", Pie learns that Four brought back the original BFDI as a prize, but agrees that switching isn't worth it since Four is too untrustworthy. Since Death P.A.C.T already has seven people, everyone figures they could just stay together again. Except Pen, who Pie berates for wanting to leave. Later, Bottle asks Pie if they are on the team to have fun, and Pie reminds her they're suppose to prevent death. Bottle is no longer interested in the team and switches to a different one. After gaining three new teammate, they are called Death P.A.C.T. Again.

During the challenge, Marker suggests having Fanny blow them to the top of the building, but Pie says she isn't strong enough. Later, they go with Remote's plan to jump out of the building to have Black Hole's gravity take them to the top. Along the way, Pie hears team Just Not asking for help from an elevator. She asks if they're dying, to which Cake says they aren't, so Pie leaves them. The team get too exhausted after climbing many flights of stairs, and Remote ends up carrying all of them up after receiving a new battery. They finally reach the top but lose the challenge since Black Hole took too long to notice that they were waiting for him, so Pie is up for elimination. 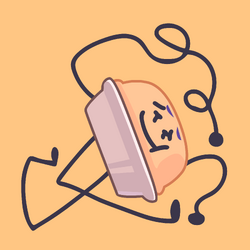 Retrieved from "https://battlefordreamisland.fandom.com/wiki/Pie?oldid=2594608"
Community content is available under CC-BY-SA unless otherwise noted.