Battle for Dream Island Wiki
Register
Don't have an account?
Sign In
Advertisement
in: Stubs, Cleanup, Elimination,
and 2 more

All post-merge contestants in BFDI

Calculates and displays the amount of points a contestant currently has

Points were a mechanic introduced in Battle for Dream Island during "A Leg Up In The Race" to "Rescission", where the mechanic was later replaced with an immunity system.

Over the course of the episodes where points were being used, contestants would gain or lose points depending on their results on the episode's challenge. At the end, the bottom portion of the contestants with the least scores would be held up for elimination for next episode.

Before the screen was actually shown, in "A Leg Up in the Race", the contestants were standing on grey squares, later revealed to be moving pedestals with a number on them.

During the last few episodes where points were still being used, it went through a change in the episode "Reveal Novum" where it had became a wooden board, and could only hold 2 digit numbers at a time.

The points system hasn't returned in the second, third, fourth, or fifth seasons yet.

N/A means the contestant has been eliminated since that episode. 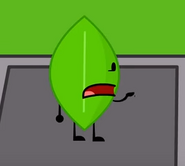 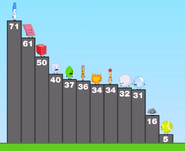 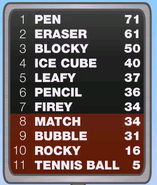 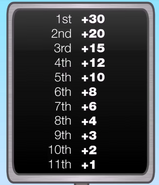