Purple Face is a recurring side-character who first appeared in "Insectophobe's Nightmare 2".

Purple Face is a purple-colored version of Yellow Face. Thus, his facial details whilst talking are identical to his counterpart.

Through his short appearance, Purple Face is shown to have some sort of hostility towards Yellow Face. He has yet to have any interaction with other characters. He is a very negative person who finds many things wrong with those he interacts with and calls them out for it.

Purple Face appears in Yellow Face's "Non-Slip Shoes So Ha" advertisement, criticizing his product because it's almost two years old. This caused Yellow Face to make a seemingly racist statement in anxiety. Purple Face demands someone to reject him, but he continues on with the ad. Purple Face interrupts again and is then eaten by Yellow Face.

His next appearance was seven years later in "Four Goes Too Far", when he made a cameo in the visualization of Donut's explanation of the challenge. In it, an example contestant looks at Purple Face, and transfers the Twinkle to them. The example contestant gives a look of dismay as Purple Face smirks.

He appears in a commercial in "A Taste of Space", where he is dying due to lack of air.

Purple Face also is implied to appear in "Let's Raid The Warehouse", where he is possibly in a metal box that reads "DON'T OPEN, PURPLE INSIDE", where Gelatin misreads the text as "DON'T PURPLE OPEN INSIDE". 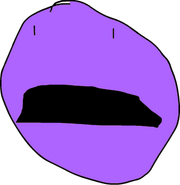 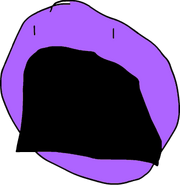 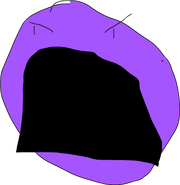 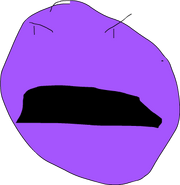 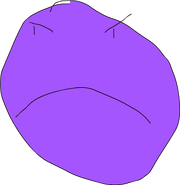 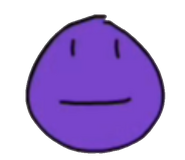 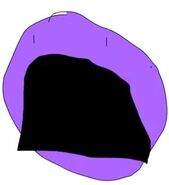 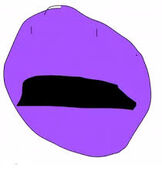 "That was almost two years ago!" 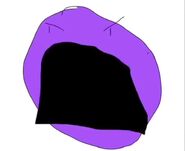 His cameo in BFB 6

A being that resembles Purple Face in "A Taste of Space" 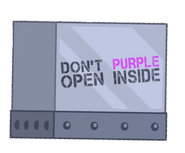 Characters
Retrieved from "https://battlefordreamisland.fandom.com/wiki/Purple_Face?oldid=2318596"
Community content is available under CC-BY-SA unless otherwise noted.