Spongebobvideopants (Bally), simondomino (Marble)
Bally and Marble were dumped in a vat of hydrochloric acid by the Announcer, along with the rest of his "marble collection", as an "extra challenge" to get 15 bonus points.

Unlike the other marbles in the Announcer's collection, Bally is cyan instead of gray, while Marble is similar to the other gray marbles, but wears a black top hat. Both Bally and Marble each have a face for distinction. Bally and Marble were later recovered by Tennis Ball, who used a horseshoe magnet.

Characters who jumped into the hydrochloric acid

Hole in the Wall; alexlion05

Pack of Crayons in Episode 14 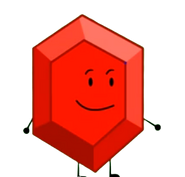 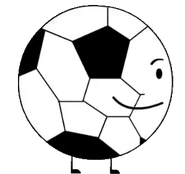 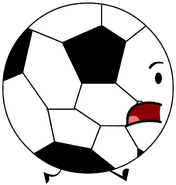 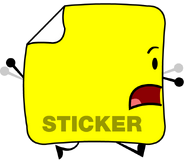 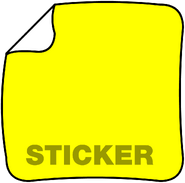 The first version of Taco, shown here for comparison