Battle for Dream Island Wiki
Register
Don't have an account?
Sign In
Advertisement
in: Items, Season 4 items, Vehicles,
and 2 more

To go to Space

To hack Remote
To dig downwards

The Rocket Ship is a rocket built by Golf Ball. It appeared in multiple BFB episodes.

Golf Ball and A Better Name Than That used the rocket to escape the Twinkle of Contagion because the Earth and the Moon are 400,000 km apart. However, her plan failed, as

took the Twinkle with them when they tagged along, and the Twinkle can also be transferred from 400,000 km away. The rocket ship suddenly keeled over and broke, leaving both teams stranded on the Moon. Robot Flower retrieved the ship off the Moon in "Return of the Rocket Ship" to assist with the challenge.

Its satellite dish was later used to control Remote in "The Liar Ball You Don't Want" (in addition to being used as a nacho chip bowl), and in "Return of the Rocket Ship", the dish was rotated constantly to dig downward.

The rocket is a 2-story spacecraft that is azure, silver, and blue. It has a communicator dish on its side. 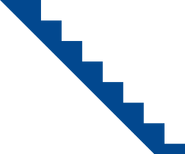 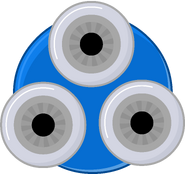 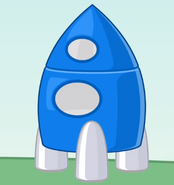 A Better Name Than That in Golf Ball's rocket

on the thrusters and Taco being twinkled

being flung and landing on the Moon

Golf Ball's rocket tips over, causing it to break.

Book dipping nachos in the communicator dish with cheese inside

Grassy with the communicator dish 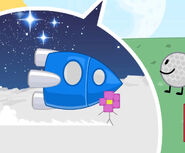 Getting the rocket on the moon

Robot Flower putting the rocket on the ground 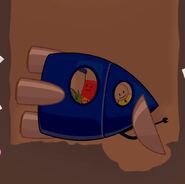 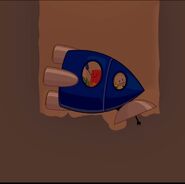