Scratch is a former[1] animator for Battle for BFDI. The first episode she worked on was "Fortunate Ben", and she animated each episode of BFB up to "What Do You Think of Roleplay?".

She has a YouTube channel named "SuperScratchKat", where she makes animations. 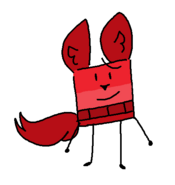