Battle for Dream Island Wiki
Register
Don't have an account?
Sign In
Advertisement
in: Articles with unsourced statements, Characters, Genderless,
and 7 more

View source
watch 03:36
Wiki Targeted (Entertainment)
Do you like this video?
Play Sound

Seven is a recurring recommended character, integer, and a recurring character in the subscriber milestone videos.

Seven, as their name suggests, is a number seven. They were pitch black in "X Finds Out His Value", but they were changed to a lighter black in subsequent appearances.

Seven is a person who likes jokes and tries to be funny. However, these jokes seem to usually fall flat, and no one seems to like them.

Though Seven cares only about being in the spotlight, according to Eight. Seven is a whiny person, due to them crying over not being in the sub count (and therefore not in the spotlight) in "Thanks for 600,000 subscribers!". As well as being selfish, stubborn and uncaring to an extent, shown by them being unwilling to help the other numbers catch Six and to leave the sub count so Eight can take their place in "Thanks for 800,000 subscribers!".

They first appear sitting on a bench in "X Finds Out His Value". They later appear dancing at the end of the video after Four and X find out the latter's value is the same as Seven's.

They appear in Battle for BFDI as a cameo in the alternate Cake at Stake intro in "Today's Very Special Episode".

They reappear as a recommended character in "What Do You Think of Roleplay?", "Return of the Rocket Ship", "Don't Dig Straight Down", and "The Four is Lava".

They reappear once again in "The Four is Lava" as a recommended character near the end of the episode where Clock seems to be talking to himself. This is their fourth appearance in a row.

Seven's biggest roles have been in the subscriber milestone videos. They appear in "Thanks for 600,000 subscribers!", where they are crying because they want to be on the sub count, but 6 is instead.

They later re-appeared in "Thanks for 700,000 subscribers!", where they replaced Six, knocking them into orbit around the Earth. This was also Seven's first speaking appearance.

In "Thanks for 800,000 subscribers!", Seven was seen not wanting to leave the sub count. They were later kicked off by Six, akin to what they did in the previous milestone video. Eight soon takes their spot afterwards.

In "Jingle BELL Rock 🔔 Song with Four, Bell, Seven", Seven was seen singing along with Bell, Pen, Cloudy, and Four.

In "Thanks for 900,000 subscribers!", when Five complains about Nine, Seven says they are tasty, as applying to the joke "6 is afraid of 7 because 7 ate (8) 9". Five doesn't take kind to this, saying that's disgusting. Later on, when Nine mentions they could use Six's help eliminating Eight from the sub count, Six says they can't kick Eight out, and states they were only able to kick Seven out because of Seven's soft body composition. Seven questions why Six isn't afraid of them. Six states it's merely a joke and isn't true. Nine states they doubt this, saying they're scared. 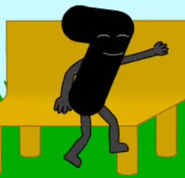 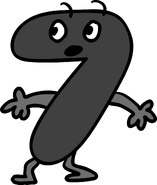 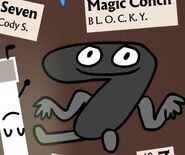 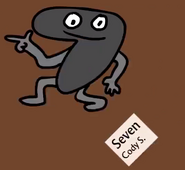 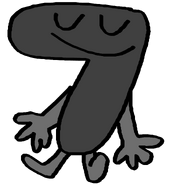 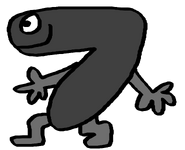 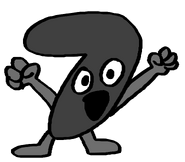 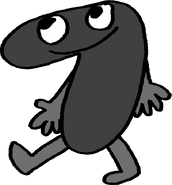 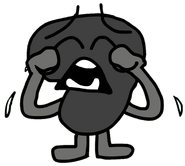 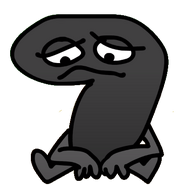 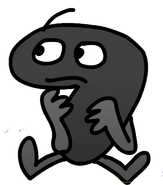 Seven with an ear 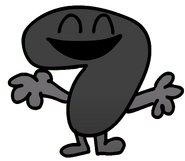 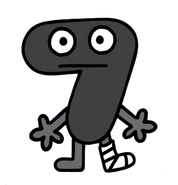 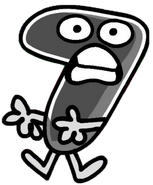 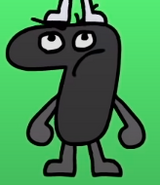 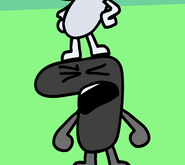 "Get. Off. Me. NOW!" but without the black blur, a different facial expression and you can see more of Nine's body 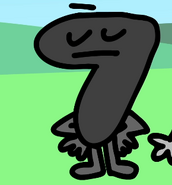 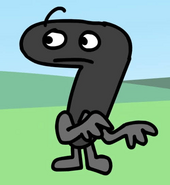 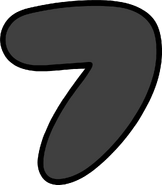 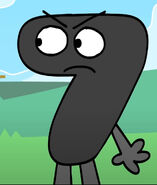 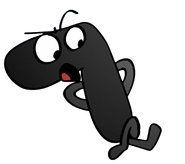 Seven in the BFPTM10 intro 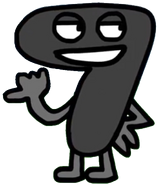 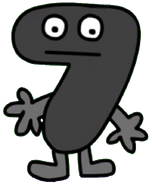 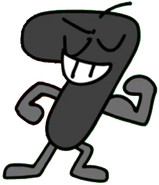 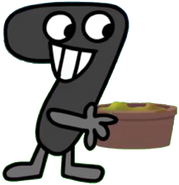 Seven with their soup 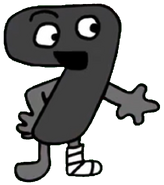 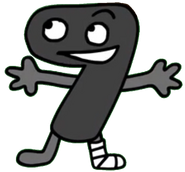 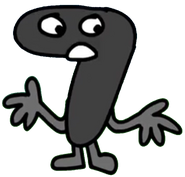 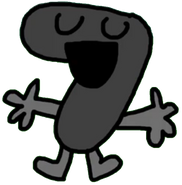