Six is a recommended character and a math symbol. They made an appearance in "Don't Dig Straight Down", being recommended by bluelight432.

Six did not have a strong defined personality until "Thanks for 900,000 subscribers!". Before then, Six was shown to be somewhat vengeful after Seven kicked them out of the sub count.

In "Thanks for 900,000 subscribers!", Six appears to be somewhat irritable but also knowledgeable, as they knew that Seven was squishy and that was how they were able to kick Seven. They also think that they have a style.

Six is seen blowing bubbles at the very beginning of "X Finds Out His Value."

They reappear as a recommended character in "Don't Dig Straight Down".

Six appears again in "Thanks for 600,000 subscribers!", where they are maliciously standing next to five Zeroes, forming a representation of the jacknjellify subscriber count, angering Seven. They enjoy the sub counts.

They made another appearance in "Lo-Fi Beats to Yoyle To", where they are blowing bubbles, much like their role in "X Finds Out His Value". They have fun.

Six was pushed out of the sub count in "Thanks for 700,000 subscribers!", and spinning around the Earth. Six screams.

Six had to be brought down from the orbit in "Thanks for 800,000 subscribers!" by Four and the other numbers. After being told Eight needed to replace Seven, they happily kicked Seven out of the sub count stating "Revenge time!"

Six sought out to help out Nine when requested to in "Thanks for 900,000 subscribers!" by mining stone to create the Stone-To-Boot, for kicking Eight out of the Jacknjellify sub count. 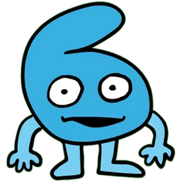 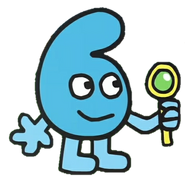 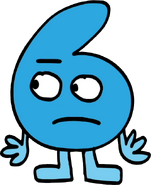 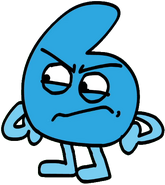 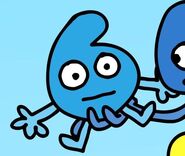 Six being held by Four. 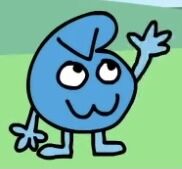 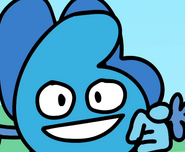 "And we all couldn't have done it without all of you!"

Ain't got no style. 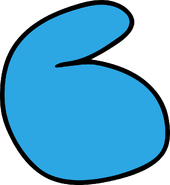 Six squishing Seven along with Nine

Thanks for 900K asset 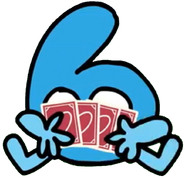 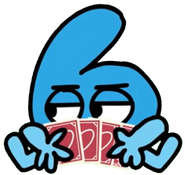 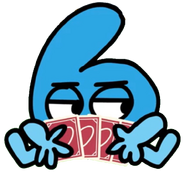 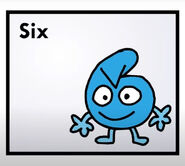 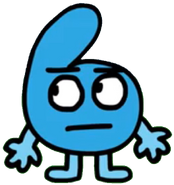 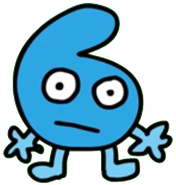 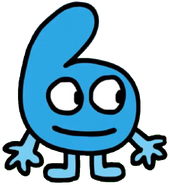 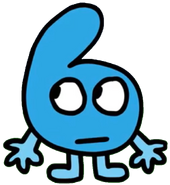 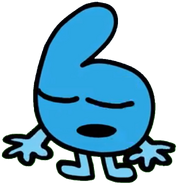 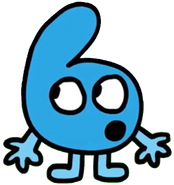 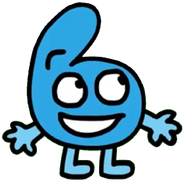 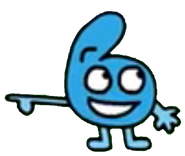 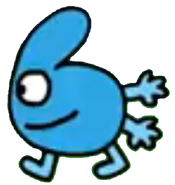 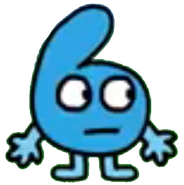 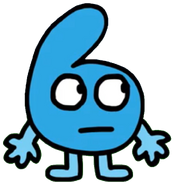 Characters
Retrieved from "https://battlefordreamisland.fandom.com/wiki/Six?oldid=2657659"
Community content is available under CC-BY-SA unless otherwise noted.