Battle for Dream Island Wiki
Register
Don't have an account?
Sign In
Advertisement
in: Characters, Recommended Characters, Non-Contestants,
and 5 more

This character has transperancy in her design.

Steamy is a female recommended character who made her debut in "Fashion For Your Face!".

Steamy is a transparent, white, cloud-like figure. In "The Hidden Contestant", Steamy is more transparent.

Steamy appears to have a somewhat ladylike personality and likes to be in the spotlight. She is usually seen with a cheery attitude, but she might act irritable and stubborn.

Steamy makes her first appearance in "Fashion For Your Face!". She is seen coming out of the train, with more of herself coming out.

Steamy appeared in the credits of "The Game Has Changed".

Steamy appears again with a speaking role in "The Hidden Contestant". Steamy appears with Rusty Coin and Clip after Rusty Coin suggests to Four that all three of them should join Battle for BFB. Four disagrees, calling them all weird. Steamy says that they aren't going anywhere. Four then leaves Steamy, Rusty Coin, and Clip behind in the Pillary Ruins.

Steamy again appears in the credits of "Uprooting Everything".

In "Chapter Complete", Steamy is hiding in a bush when Gelatin points out that they can use the steam train.

Steamy made an appearance in "You Know Those Buttons Don't Do Anything, Right?", as one the recommended characters dancing during the credits. 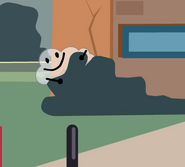 Steamy as she appears in TPOT 1. 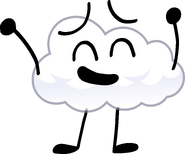 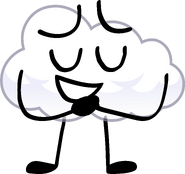 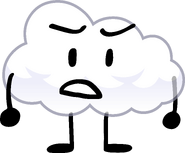 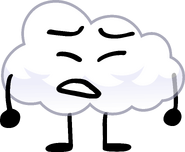