Team Ice Cube!, stylized as TEAM ICE CUBE!, is one of the eleven teams in Battle for BFB. Despite being called "Team Ice Cube!", Ice Cube isn't actually on this team, but is instead on team

. Bracelety named the team after her love for Ice Cube.

At first glance, Team Ice Cube! may seem as if they are a close-knit bunch. In reality, team members don't know one another all that well. They think they are close, but they just can't nail their team dynamic.

In "Getting Teardrop to Talk", Team Ice Cube! was formed by Barf Bag, who teamed up with Spongy out of anger due to the comment Lollipop made. Firey Jr. and Bomby decide to join the team. Later on, Bracelety sees Ice Cube's team and wants to join (Ice Cube being her idol), but Lollipop says that the team is full. The only team Bracelety would join was Barf Bag's when Firey Jr. tells Bomby to grab an incapacitated Bracelety. Gelatin walks into the team and helps Barf Bag pick Naily and Donut into the team, completing it.

When naming the team, Bracelety names her team "Team Ice Cube!", despite Ice Cube not being on the team and Barf Bag and the others wanting their team name to be relevant and sensible.

For the challenge, Barf Bag and Bracelety utilize Spongy as a trampoline to get Naily to the basket, bringing 4th place for them.

In "Lick Your Way to Freedom", the eight all lick Teardrop out of a jawbreaker. While Barf Bag spares Teardrop, she feels for a saddened Bracelety. However, Firey Jr. tells her Bracelety would "get over it".

In "Why Would You Do This on a Swingset", Team Ice Cube! does nothing until that team and

are left. While Donut tries to boost the morale of his team, encouraging Spongy, Gelatin, and Barf Bag to propel their team to victory, Bomby exploded off-screen, collapsing their swing and leaving Bomby injured.

In "Today's Very Special Episode", Team Ice Cube! face elimination up top Bell's string. Bracelety fell onto Four earlier, so Bomby and Barf Bag received the normal cake. The rest of the team but Bracelety would receive a barf-filled cake.

Their makeover was made of Bracelety's old Ice Cube memorabilia. This makeover grabbed them 3rd place.

In "Fortunate Ben", Gelatin suggests using Bomby to explode the other planes and is told off by Donut.

In "Four Goes Too Far", Donut is multiplied by Four and X and becomes the effective host. Spongy is the last contestant on-screen to contract the Twinkle of Contagion, giving Team Ice Cube! effective immunity, as they placed 1st.

In "The Liar Ball You Don't Want", while Team Ice Cube! is mostly absent during the challenge, Naily flies onto Bell, stabbing her in the face. Naily would later find Needle through her in a later scene.

In "Questions Answered", Donut tries to encourage Barf Bag to make her team safe, despite having fed her easy questions. The question that netted Team Ice Cube! safety was "What does Donut see when he looks at his teammates?", which Barf Bag aces.

In "This Episode Is About Basketball", Gelatin suggests using Bomby again to throw balls into Team Ice Cube!'s basket. This would work.

In "Enter the Exit", Team Ice Cube!'s only contribution to the "challenge" was Gelatin bending a fork in the shape of Four.

In "What Do You Think of Roleplay?", Team Ice Cube! spent most of their time arguing with each other and making empty, baseless, and false accusations of mimicry against one another. Most of the disagreement was perpetuated by Barf Bag, Naily, and Firey Jr. They were about to accuse Bomby when Donut intervened and hesitated. iance won in the meantime, causing Team Ice Cube! to lose. It was revealed that Spongy was the impostor, actually being Tree.

In "Return of the Rocket Ship", Team Ice Cube! arrives at the picnic tables to see which one of them will be eliminated. Ice Cube, after "leaving"

on her own terms, tries to sit down on the bench next to Gelatin. The prize for the safe contestants is to get soup thrown at them. After most everyone on the team is revealed safe, it is down to Naily and Firey Jr. Naily is shown to be safe, and Firey Jr. is eliminated, getting sucked up angrily.

During the contest, Team Ice Cube! follows iance down the hole that Lightning dug after Fanny says that X's emeralds are down there. As they are falling down the hole, they land on Bubble and crush her after Flower falls on top of them too. Afterward, they continue digging to the left and stumble upon an Inverted Planet.

In "Don't Dig Straight Down", the team enters the Inverted Planet, and Naily begins to chase Gelatin around. Naily jumps off of a tree and stabs Barf Bag, who leaks, causing her to feel woozy. Donut yells at them to stop, but Gelatin tells him that he found something. Donut ignores him and patches up Barf Bag with grass, which doesn't work very well. Gelatin persists and tells Donut that he found a hot spring that they can hang out at and refill Barf Bag in. Donut tells Bomby to refill her since he is the strongest out of all of them, and he refills her with the hot spring water.

After she is refilled with the hot spring water, Barf Bag tells Donut that she feels amazing because the water inside of her bag is warm, and there must be a reason for that. They discuss why it could be warm as the rest of the team enjoys the hot spring. Spongy begins to cannonball, which starts to crack open the ground beneath them. After his fourth cannonball, the ground splits open, spewing out lava from the core of the Earth. The team runs to the hole that they came through and attempts to get up. Gelatin and Naily get up fine, but the rest of the team needs to use Spongy for friction to climb up.

Once they are all up, they try to pull up Spongy, but he is too heavy and the lava is approaching. Donut jumps down and pushes Spongy up to save him, but stumbles backward and falls into the lava, which kills him. Barf Bag, Spongy, Gelatin, Naily, and Bomby all run towards the exit, but the only way out is above them. Spongy tells his team that he has a private jet, but there is only one seat so they cannot come with him. Bomby volunteers to ignite himself to save the rest of his team, and he launches Gelatin, Barf Bag, and Naily (who falls down the hole that Beep made with Rocky's vomit).

Gelatin and Barf Bag make it out of the hole through the explosion, and Gelatin spots the emerald that A Better Name Than That found, and gives it to Four, securing their safety. Barf Bag also later dies from the lava that comes from iance's tunnel, and Spongy, Gelatin, and Naily (despite her being engulfed by the lava, she is fireproof) are the three that survive.

In "The Four is Lava", Gelatin stands on a hill with Cloudy's Collection on top of it, along with Flower. When Gelatin brings up that there isn't much room on the hill, Flower agrees and pushes Gelatin into the lava. Later, Spongy races Puffball to Four in his private jet. Spongy fires cannonballs at Puffball, claiming that they were on sale and he needs to get his money's worth. When Puffball uses Bell to return a cannonball back to Spongy, his jet begins to fall out of the sky, and Spongy uses a parachute to glide to Four. When he is confused as to why his team isn't safe, Four states that there are other contestants on his team still alive. When the lava drains, Naily races Coiny and Flower to Four, but is jammed into the ground by Flower, becoming unable to complete the challenge.

The jingle is simply Bracelety's chant. 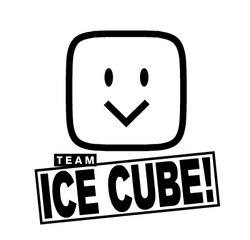