Battle for Dream Island Wiki
Register
Don't have an account?
Sign In
Advertisement
in: Teams, Season 5 teams, The Power of Two

For the contestant and the only member of this team, see Teardrop.

Tear Drop (stylized as TEAR DROP) is a single-member team in Battle for Dream Island: The Power of Two, consisting solely of Teardrop. The team was formed in "The Worst Day of Black Hole's Life" after Teardrop joined the competition as a penalty for her late arrival.

In "The Worst Day of Black Hole's Life", the team is formed after Golf Ball suggests that Teardrop should be on a team all by herself as punishment for joining the game late. Two has no problem with this and makes Tear Drop the seventh team.

The stacking challenge proves to be difficult for a solo team. Teardrop manages to stack three blocks, but Eraser knocks it down. Teardrop obliterates him with a laser gun in response. Later, when Tree says that his team definitely doesn't have the shortest stack, Teardrop sabotages Death P.A.C.T. Again's stack by firing a laser at one of their blocks. Black Hole, Marker, Fanny, and Lightning decide to get revenge on Teardrop for this, but Teardrop ends up obliterating all of them except Black Hole. However, the lasers have no effect on Black Hole, so he sucks up all of her blocks with ease. The only blocks left are the few on her stack, but just as Black Hole is about to suck them up, Teardrop jumps in front of it, making him stop. Teardrop realizes that Black Hole won't move any closer if she's in the way and proceeds to take more steps forward to make him back off. She gets too cocky doing this and slips on a banana peel, causing her to get sucked into Black Hole. Black Hole then sucks up her remaining blocks as he leaves. Eggy sees this all go down and recovers Teardrop, whom she smiles back at upon being recovered. Teardrop returns to her podium to find that she doesn't have any blocks left. After looking around to see how the other teams are doing, Teardrop sees that The Strongest Team on Earth. only has one block stacked and knocks it off their podium one second before the challenge ended. Fortunately for Teardrop, she is spared from a tiebreaker against a full team, as it turns out, Bell accidentally dropped a portion of Team8s' stack on her podium, making Tear Drop safe. 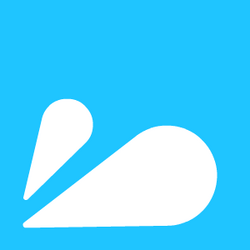 Teams in Battle for Dream Island
Community content is available under CC-BY-SA unless otherwise noted.
Advertisement