Battle for Dream Island Wiki
Register
Don't have an account?
Sign In
Advertisement
in: The Losers!, Teams, Season 4 teams, Battle for BFDI
English

The Losers!, stylized as THE LOSERS!, is one of the eleven teams in Battle for BFB. The team was formed when Firey asked Loser to join his group consisting of himself, Coiny, Needle, and Pin. Loser accepts, and Cake, Clock, and Eggy join as well. They named the team after Loser, and his teammates look up to him as a motivator and a "leader" up until his elimination, in "The Liar Ball You Don't Want". After this, the team seems to become much more self sufficient and has its members partake in independent thought.

Later on, in "Get to the Top in 500 Steps", Leafy rejoined the game and joined The Losers! instead of her former team, Beep, in exchange for Pin's Gratitude Token.

The Losers! is a team of four friends and four newcomers. All are centered around Loser.

Everyone adores Loser, even members of the other teams. Who can blame them? Loser is the most amazing person in the universe. Loser's so strong, and he's so smart, and he makes everyone feel at home and we really wish he were on our team!

In "Getting Teardrop to Talk", the team is formed when Firey asks Loser to join his team, which contained Coiny, Pin, and Needle. Then, Cake, Clock, and Eggy mentioned that they wanted to be on the team as well, in which Needle suggested, and Loser agreed while finishing her sentence, that they all be on the same team. Firey suggested the team be called "The Losers!".

In the challenge, Cake and Firey are complimenting Loser. Pin mentions they should be going after the basket, but instead, Pin gets tossed up by Firey, thus causing the basket to come down and trap Cake, Clock, Coiny, Firey, and Needle. Loser lifts the basket up to save the five, but in the process, trapping Eggy. After they finish freeing Eggy and removing Pin from the string, Clock decides to show his teammates a trick, in which his ticking hands collide with the basket, causing it to be launched to X and saving their team from elimination at a rank of 5th place.

In "Lick Your Way to Freedom", the team is only seen at the end of the challenge, when Pin announces that Loser is getting someone, but Eggy wasn't able to tell who it was. The others tried to open the jawbreaker more so they could pull them out and Pin's sharp end stuck to Gaty's hinges, taking the last safe spot.

In "Why Would You Do This on a Swingset", Firey was seen reacting to Leafy's elimination, and his mouth twitches to reveal a smile, implying that he is happy that she's gone. The team compliments iance's idea to use a member that uses rotation to get the swing moving and toss Clock up. However, it starts slow, due to Clock's fastest hand that time being one rotation a minute and way too slow. Firey asks Loser on what to do afterward, and Loser reminds him that times change due to daylight savings, a season when clocks jump forward an hour, on which almost everyone yells it together after Loser. causing Clock's hands to rotate faster. The team reaches safety fourth.

In "Today's Very Special Episode", the team is only seen at the end of the challenge, when Eggy asks why A Better Name Than That got a better rating than their paper-maché sculpture, but Loser said it was okay since he didn't like it anyways (and it shows us a recap to show evidence of it), due to X being inside it. Their team got 7th that episode, only beating Death P.A.C.T.

In "Fortunate Ben", the team did not do much, but as the contest was to fly a plane as long as possible and the first team to hit the ground would be up for elimination, the team tied for first as they did not get into danger.

In "Four Goes Too Far", the team decides to hide under a basket that is one of X's hiding places to avoid getting the twinkle. However, towards the end of the challenge, Bell smashes into their basket. Clock gets the twinkle, and as a result, their team is up for elimination.

In "The Liar Ball You Don't Want", Loser incorrectly mentioned he liked to play with poppers before BFB, but he was prevented from completing the statement by Fanny, who told him he lied. This demoralized Loser for a while. The team was later up for elimination, with Loser ending up getting eliminated due to his "prevention of character development". In the contest, the team simply avoided the Liar Ball because they knew Loser was inside and that they might hurt him. Later on, their team got 6th place due to not getting the ball, and Loser said his final words in said episode's stinger.

In "Questions Answered", Cake didn't dare to answer Glue to the third question due to the lack of support by Loser. However, after a speech by Pin, Cake answered Glue to the question "Snow + Gasoline" and their team finally made irony, scoring a bronze (3rd).

In "Enter the Exit", while everyone is finding a solution to bring back Four, Firey injects a needle in Donut, which sucks up a blue liquid with eyeballs. Firey says they could squeeze it out to the shape of Four, however, Needle interrupts by saying someone more "dexterous" should do it. Coiny gives the job to Pin in which she is hesitant, however, Coiny and Cake encourage her, eventually convincing her that she do it, she was rewarded with a Gratitude Token by Four. Later Loser is seen mindlessly floating in space reading Donut's diary which he reads out that he had "found something horrific about Bomby" before Four elevates up to the Liar Ball and pulling it down to earth before sucking it up.

In "Get to the Top in 500 Steps", Leafy joins the team, who becomes acquainted with the members. Coiny elects Needle to climb the stairs, to Firey's despair. She does so speedily, placing The Losers! first.

In "What Do You Think of Roleplay?", Eggy and Leafy are playing a game of tic-tac-toe while also not paying attention to Four's challenge explanation. Eggy exclaims that her team knows each other well enough and that they have this challenge in the bag. Four follows that up by asking her who on the team is missing, which results in Eggy failing to point out that it's in fact Clock that's missing.

During the challenge, Eggy beats Leafy at a game of tic-tac-toe for the first time. Leafy gains suspicion on Eggy for winning and labels her as the fake, but because Leafy's assumption was incorrect, the team gets a warning. The conversation shifts to Needle's appearance change after eating the Photo Cake. Pin then acts very suspiciously by asking how long she's had this transformation. Needle points out that she was there when it happened, then guesses that Pin is the impostor. Needle wins for her team after choosing correctly, as Pin was actually Lightning in the challenge.

In "Return of the Rocket Ship", Coiny is seen walking around when suddenly he says "Oh my gosh, I know that". Later on, Eggy asks Four to bring one of their members back, Four tells Eggy to say the name of that contestant. Eggy tries to say the name but is interrupted by Leafy. Much later, Cake says that they should go to the hole that the three teams entered because a force from Loser told him to, but Eggy stops him and says that they shouldn't go in. Then they argue and Coiny asks why are they screaming that much.

In "Don't Dig Straight Down", Pin gives Book a pep talk about thinking about others, specifically the ones she had wronged, which motivates her to save her teammates by sacrificing herself as well. Several of The Losers! end up as victims to the rising lava. Coiny and Cake accompany Woody and Naily to Golf Ball's Underground Factory and sacrifice their lives to help Woody survive and win the challenge.

In "The Four is Lava", Needle and Leafy are shown to have escaped the lava by staying on the bathrooms' roof. Needle unintentionally pushes Leafy off in irritation, and she is about to glide into the lava before Firey saves her while wading through the lava. However, despite Firey's sincere intentions in saving her, he claims that he doesn't want anyone to know that he still likes her, or he will be hated along with Leafy, culminating in a fallout with the two former friends. When the challenge starts, Leafy is still mad at Firey for their argument earlier before Needle breaks it up and gets the remaining Losers! to go. Eventually, the trio manages to make it to Four alongside Team Ice Cube!, but Four tells them that they're both missing someone. Coiny and Naily are shown to have survived the lava and are therefore eligible to participate and compete with Flower (the only survivor of iance) to win for their team. Coiny kicks Naily away and is then picked by Needle and brought to Four, making The Losers! safe. Leafy asks Four to recover Eggy, and asks if they are friends, so she can prove to Firey that she does have friends. Firey is surprised that Leafy can have friends even after she stole Dream Island, causing Eggy to get mad at her. In the episode's stinger, The Losers! ask for their dead teammates to be revived, bringing back Pin, Cake, and Clock. Clock is unhappy that his teammates forgot about him since his disappearance in "Enter the Exit", and asks what episode it is. Leafy says it is the 15th episode, and Clock leaves his teammates, frustrated. 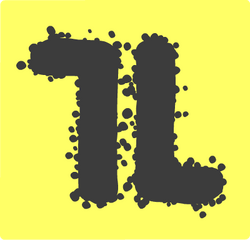