Tidepool (formerly The Tidepool) is a game created by Cary Huang and Michael Huang on HTwins.net. It's a game where you take control of a tiny creature in a vast tidepool, and you eat other things to become bigger. It appears to be similar to the first stage of the game Spore. It features some BFDI(A) characters' assets such as Coiny, Leafy, Camera, Flower, Tennis Ball and Spongy. However, the game is run with Adobe Flash, which shut down after December 31, 2020, so the game can currently only be played using an Adobe Flash player/emulator that bypasses the kill switch, such as Flashpoint. 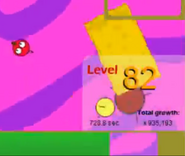 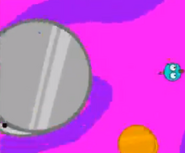