Battle for Dream Island Wiki
Register
Don't have an account?
Sign In
Advertisement
in: Articles with conjectural names, Characters with unknown genders, Characters,
and 7 more

The Triangle Speaker Box is a character that appeared in "Hurtful!" as a speaker box clone.

Triangle Speaker Box is a maroon speaker variation in the shape of the titular triangle, though in-world as a physical 3D object, they are most likely a pyramid. They notably do not reuse the Announcer's "speaker" asset, instead having a simplified three-colour woofer.

They seem to be quite excited and unconstrained, and (seemingly) can often cut people off, such as saying "It's Leafy" when the Announcer was announcing who would be safe. Their childish and imprudent personality is well accompanied by their similarly described croaky voice.

Despite their negative traits, Triangle Speaker Box is generally carefree and doesn't mean any harm.

Red Speaker makes their debut in Hurtful! during Announcer's return at the Cake at Stake. During so, they come out of the sky with the other clones[1] and exchange a few words before the Announcer and rest of the remaining BFDI cast leave.

In Return of the Hang Glider, Red Speaker Box comes out of a spaceship from the sky with the other speakers. They pick up the Announcer as the campaign was unsuccessful, and leave in the ship once more. 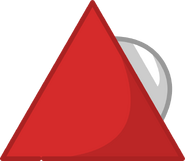 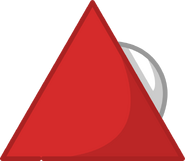 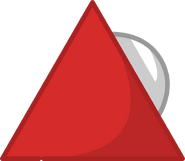 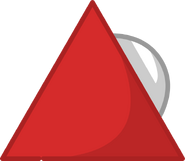 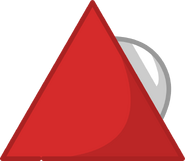 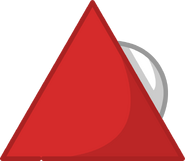 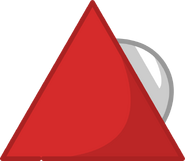 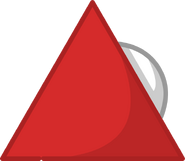 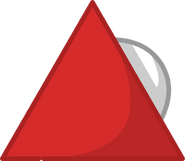 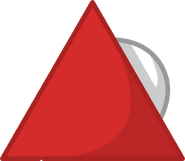