Back to the main Unused or unseen content page.

Throughout the history of Battle for Dream Island, there exists content that was not generally intended to be seen, noticed, or otherwise was lost to the basic audience at one point in time. Content here could include items from the drawings (TFI, TFP), the show (BFDI, BFDIA, IDFB, BFB, TPOT), hidden content out of bounds in .fla files for animations, or other media that is BFDI related.

Please note that for all intents and purposes, none of the information documented is considered to be canon with the rest of the series.

Paper Towel's original file (towel.fla) contains the concept art of Blocky's hazmat suit as well as the storyboard for the short.

In the files, characters that don't appear in the video have their bodies present. 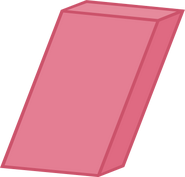 Copy of Eraser (While Eraser appears in the video, this copy doesn't. It resembles Eraser's normal shape seen in the series as opposed to the more straight version in the video.) 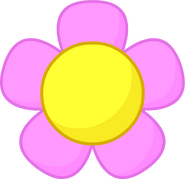 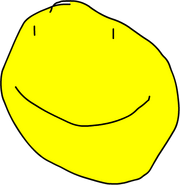 In the fla. files, unused and very old assets that weren't used can be seen.

9-Ball currently has the most unused assets coincidentally at nine. 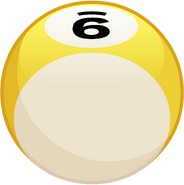 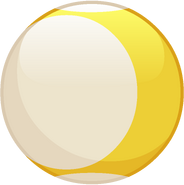 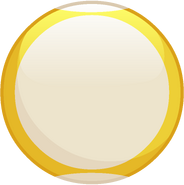 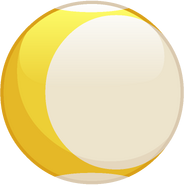 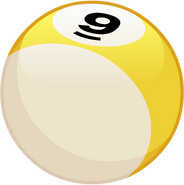 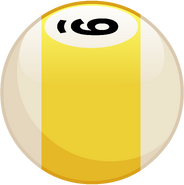 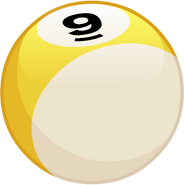 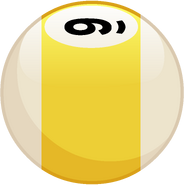 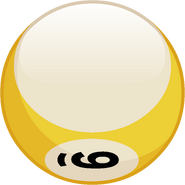 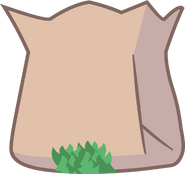 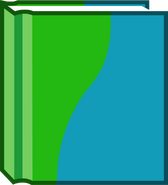 Bracelety's below angle with a shine on it. 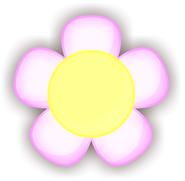 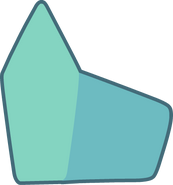 Fries currently has the most beta assets at five as a contestant. 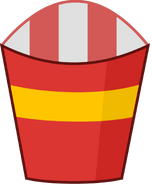 Fries's second beta asset (an empty version of the first) 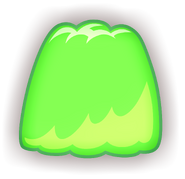 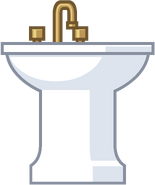 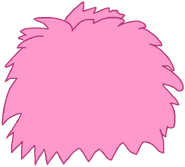 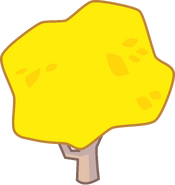 This area lists content in the BFDI-related games that were never used.

Despite BFDIA 5b allowing Book, Match, and Ice Cube to be playable, some characters are fully coded into the game, but are not playable. They are:

These characters are playable through level editing and were possibly coded in advance for future usage.

Levels 1-53 are all coded and fully playable with ease. However, levels 54+ are all consisting of flashing backgrounds with no characters in sight. Progress in these levels is impossible and cannot be done without a download of 5b.swf and levels.txt.

Woody's Incredible Journey to the Escape from Eternal Terror

Woody's Incredible Journey to the Escape from Eternal Terror was uploaded to the bfdi.tv website in July of 2010. Since it was intended for use by Andrew Wang, its link was known by few. On January 1st, 2017, the game's existence was confirmed by a tweet on the jacknjellify Twitter account. It was later rediscovered online to the general public on October 15th, 2017. Michael Huang later said it was still unreleased, even after acknowledging the edited version of the game.[1] This confirms that the public was not intended to see the game, as the link was intended to be seen by few.

In the files of the game, multiple unused enemy names are present, along with nonexistent coordinates that do not appear on the basic map without editing map.txt.

It appears that a combat system was in development for WIJTTEFET, but was cut for currently unknown reasons. The following messages remain:

This area lists the unused or unseen articles of info in the drawings, comics, and other pre-BFDI content.

In Total Firey Island, there are 18 books in total, however, only 9 of the 18 were uploaded in full to Carykh. Books 10-14 have been uploaded to the Humany channel. The remaining books are unseen in full, except for book 18's ending, where Pencil won the comic series.

Due to Total Firey Points only being seen once, only books 1 and 5 were seen partially. They were demonstrated to show the original storyboard of the first episode of BFDI, Take the Plunge. Books 2, 3, and 4 are unseen, and their existence is unconfirmed.

Similarly to Total Firey Island and Total Firey Points having unseen books, the comic series Firey has a missing book, being number 3. The book was later found, as shown on We Discovered Our Forgotten "Firey" Comics.

There are some early sketches of the Oh for Petal's Sake design.[2][3]