Battle for Dream Island Wiki
Register
Don't have an account?
Sign In
Advertisement
in: Food, Items, Yoyleland,
and 4 more

W.O.A.H. Bunch's yoylestew was created by crushing Yoyleberries into a sort of juice. They won because TV said that their stew was "sweet and simple".

Golf Ball made some members of Team No-Name ride Puffball to get to Yoyleland for some Yoyleberries, which are the main ingredient in Yoylestew.

The remaining members used many materials, some inedible and dangerous. They lost because TV thought their Yoylestew tasted "too sharp", likely due to the knives inside (thrown by Leafy in Yoyleland). TV also said that they went "overboard in both ingredients and quantity". 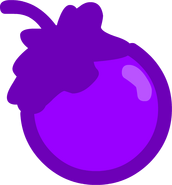 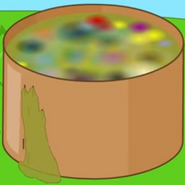 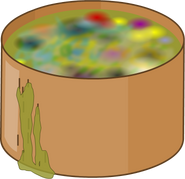 The alliance adding ingredients to Yoylestew