Battle for Dream Island Wiki
Register
Don't have an account?
Sign In
Advertisement
in: Items, Weapons, Abilities,
and 2 more

"Why Would You Do This on a Swingset"

"What Do You Think of Roleplay?"

Zappies (as named by Nickel) are a type of power/weapon that, so far, has only been used by Four and X where a large white energy beam is fired from the user's hands. Four usually uses it on anyone who attacks him, criticizes him, or does anything to make him upset. The zappies have been used in "Why Would You Do This on a Swingset", "Four Goes Too Far", and "What Do You Think of Roleplay?".

When he uses it on someone, the target slowly loses health, similar to how health is lost in a video game.

Listed are the victims that were used by the zappies. So far, there are three victims:

Listed are all of the people who were almost shot by the zappies. So far, there have been 7 failed victims. 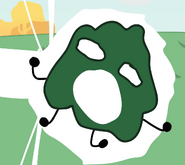 Gelatin getting shot by the zappies

Four about to zap Naily